At the height of the COVID-19 pandemic, Indiana Wind Symphony Music Director Charles Conrad said there was an expected need for music for smaller groups.

“The thinking was, if the composer was writing pieces for smaller ensembles, they would have a better chance for getting them performed,” he said. “That was true in some cases and not in others. Unfortunately, the entire season was canceled for some groups. We got in on one of these (new) pieces.”

The Indiana Wind Symphony will perform composer Giovanni Santos’ “Miniatures for Chamber Wind Ensemble” as the opening piece of its “Wind Gems in Miniature” concert at 7:30 p.m. Oct. 16 at the Studio Theatre at the Center for the Performing Arts in Carmel.  Santos is an assistant professor of music and conducts the wind ensemble at La Sierra University in Riverside, Calif.

“It’s in 10 short movements,” Conrad said of the piece. “Each movement is dedicated to either one of Santos’ children or one of his professors. Some are conductors and some of them are composition instructors. It’s a very interesting piece with a lot of different textures and a lot of different sounds for the different movements.” 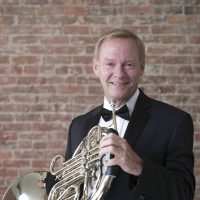 Three soloists from IWS will be featured in the program.

“That was written specifically for the Indiana Wind Symphony in 2004,” Conrad said. “This is the second time we’ve played it, and the composer Daniel Gall, has actually given up composition and become a novelist.” 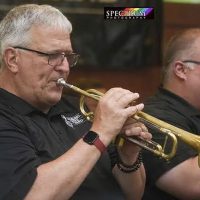 “In the piece there are references to three or four other composers besides Mozart,” Conrad said. “The others were French composers.”

The other pieces IWS will perform are by composers more well-known, such as Gordon Jacob and Alfred Reed.

A maximum of 16 musicians will play at a time, Conrad said. He will conduct most of the concert. Assistant Director Nathan Voges will conduct a couple of pieces. 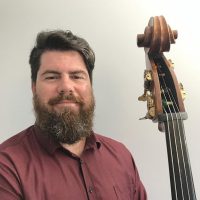