“People love the show because people love the material,” Mulder said. “I love John Lennon and Paul McCartney and The Beatles. I think their music is so powerful and uplifting, which I think is a great thing for right now. Having a woman sing the songs gives it a whole different fit.” 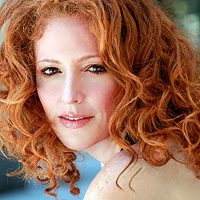 Mulder will perform the “Songs of Lennon and McCartney” at 7:30 p.m. Sept. 24 at Feinstein’s cabaret at the Hotel Carmichael in Carmel.

“It’s a lot of The Beatles’ biggest hits,” Mulder said. “It’s just me and my piano player, Jon Weber. Jon is so wonderful. He is like a one-man band. It’s a mix of many well-known songs and some that aren’t as well known. Interwoven with the songs are stories about John Lennon and Paul McCartney Stories about how they first met when they were just teenagers, the backstory on their music and relationship and personal songs. I weave the show with songs and stories, which is the cabaret form.”

Some of Mulder’s favorites include “Across the Universe,” “Penny Lane,” “Dear Prudence” and “Strawberry Fields Forever.”

Mulder said Weber has made some cool arrangements of the songs.

“I love the cabaret setting because it’s so intimate and such a fun art form because you can really choose whatever material you would like,” she said. “I love doing the Great American Songbook. Over the years, I’ve done more contemporary shows like Lennon and McCartney, Tom Waits and John Prine. I love performing in nightclubs just because I feel very close to the audience.”

Mulder debuted the show at Feinstein’s 54 Below. She had begun taking the show on the road before the COVID-19 pandemic halted travel in March 2020.

“This will be my first out-of-town gig since COVID,” Mulder said.

Mulder, who has three albums, said her goal is to eventually record an album of Lennon and McCartney songs.