You are at:Home»Lifestyle»Travel»Column: History of the Dentzel Carousel 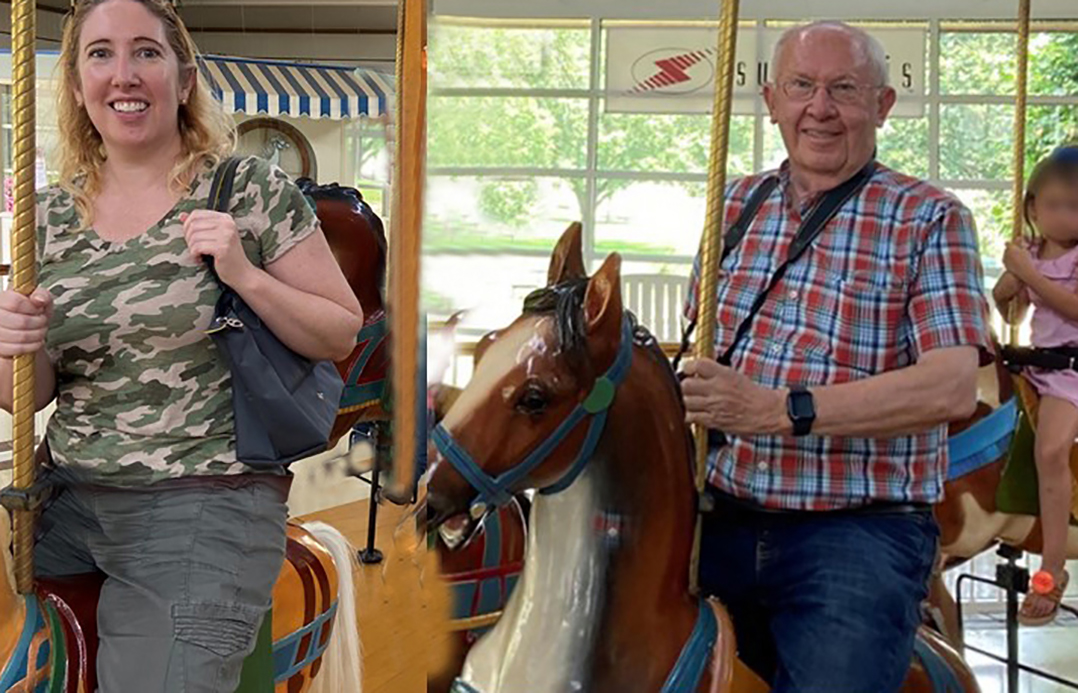 Mary Knebel, left, and her father, Don Knebel, on the Logansport Carousel (Photo by Diane Thompson)

Growing up in Star City, Ind., I occasionally visited Logansport’s Riverside Park, riding what I called its “merry-go-round.” Today, Logansport’s Dentzel Carousel is one of Indiana’s 43 National Historic Landmarks.

In 1860, 20-year-old Gustav Dentzel came to Philadelphia from Germany, where his father had taught him to carve carousel animals. In 1867, Gustav opened the Dentzel Carousel Co., producing two or three carousels a year featuring lifelike horses and other animals carved from bass and linden wood. In 1900, the Fort Wayne Consolidated Railway Co. obtained a Dentzel carousel for its Robinson Park. The carousel’s 38-animal wooden menagerie consisted of horses, reindeer, goats, giraffes, a lion and a tiger. When Robinson Park closed in 1919, a private owner moved the carousel to Logansport’s Spencer Park. In 1949, a subsequent owner moved the carousel to Riverside Park and housed it in an open-sided pavilion near the Eel River. The carousel featured a metal chute filled with 69 steel rings and one brass ring. Riders on the outside animals reached for the rings. Anyone grabbing the brass ring received a free ride.

In 1972, Logansport Jaycees raised money to purchase the carousel so that it would remain in Riverside Park. In 1987, the carousel, one of the three oldest in the United States, was designated a National Historic Landmark, as was another of the three oldest, now in the Indianapolis Children’s Museum. Logansport’s Dentzel Carousel was painstakingly restored in 1993 and moved to an enclosed building just east of its original pavilion. In 1999, an electric band organ was added to the carousel, complete with bells, drums and a flag-waving miniature conductor beating time. Volunteers with the nonprofit Cass County Carousel, Inc., operate the carousel at specific times during the summer.  A ride costs $1 and anyone grabbing the brass ring still receives a free ride