You are at:Home»Current in Noblesville»Noblesville Community»Noblesville Schools equips buses with stop-arm cameras 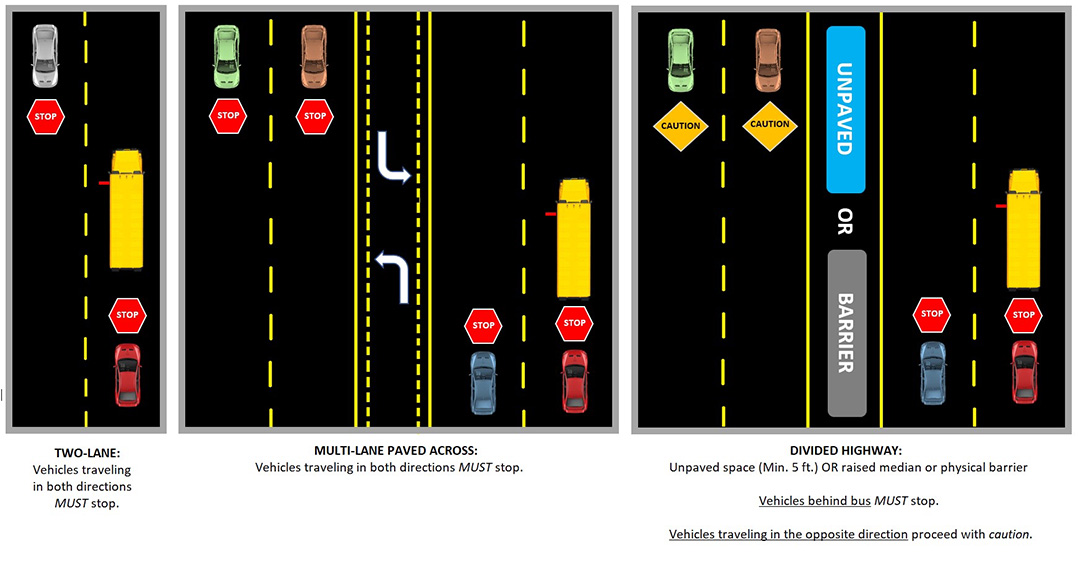 Image depicts when vehicles are required to stop when a school bus extends its stop arm. (Image courtesy of Noblesville Schools)

Noblesville Schools is approximately halfway through equipping each of its buses with stop-arm cameras. The initiative is under way after the district completed a trial to find a stop-arm camera that would provide the best information for prosecutors and police departments to issue citations for drivers violating bus stop laws.

“We met with police officers in Noblesville and Fishers as well as a representative from the prosecutor’s office because we wanted to make sure if we added technology, they would support that through writing tickets and then prosecution as far as when it got to traffic court,” Zachery said.

Zachery said numerous stop-arm violations are reported daily. When the prosecutor’s office and police departments said Gatekeeper Systems provided accurate information that could be used to prosecute a violation, the district equipped 12 of its buses with the cameras.

“Those were in the high-offender areas where we had the busier roads, like 146th Street, State Road 32, State Road 38, areas where we have multiple violations reported,” Zachery said. “We started working with that technology and sending that information to the police department, who then in turn started writing citations based on that.”

Since the trials, the district has added the camera system on all of its new buses. Roughly half of the 128-bus fleet is now equipped with stop-arm cameras.

“Our intent is, down the road, every bus will have stop-arm cameras on it,” Zachery said.

“Buses are the safest way for students to get to school. The unfortunate part is, the danger is getting on and off,” Zachery said.

Zachery said if a stop-arm camera catches a violation and a police officer decides to issue a citation, the officer will deliver the citation in person to the violator. The citation will not be mailed.