You are at:Home»Current in Carmel»Carmel Community»Carmel babysitter charged with raping autistic teen 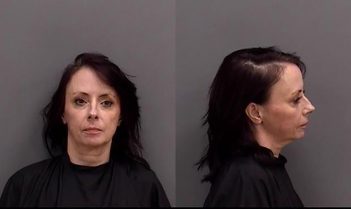 A Carmel woman was arrested Aug. 2 and charged with rape and two counts of sexual battery after allegedly having sex with a nonverbal, autistic teen she was babysitting.

According to a probable cause affidavit, police began investigating Stephanie L. Bradshaw, 47, of Carmel after the parents of the victim contacted them to show video footage of what appeared to be a sexual encounter Aug. 2 between Bradshaw and the teen.

The footage showed Bradshaw removing her pants while tucking the victim into bed, but she noticed a video camera in the room and turned it away, the affidavit states. Police asked the parents to review other video footage captured on previous occasions when Bradshaw babysat, and they discovered one from July 28 that appeared to show Bradshaw having sexual intercourse with the victim.

The family has video cameras throughout their Carmel home so the parents can remotely monitor the teen to ensure his safety when they’re not home, the affidavit states.

During an interview with police, Bradshaw admitted that she had sex with the victim on July 28 and that she wanted him to “experience a sexual encounter,” the affidavit states.

Bradshaw is being held in the Hamilton County Jail with bond set at $30,000.