For the second consecutive year, Cross was selected to participate in the Songbook Academy. A 2021 Zionsville Community High School graduate, she will be joined by Jilayne Kistner, who will be a ZCHS sophomore in the summer intensive program. They are two of the 40 high school vocalists selected to participate in the summer intensive, a week of personal instruction and mentoring from arts and entertainment professionals presented each year by the Great American Songbook Foundation.

In his 12th year, the Songbook Academy is the nation’s leading youth music intensive focused on the timeless standards from the worlds of jazz, Broadway, Hollywood and Tin Pan Alley. While typically held on-site at the Center for the Performing Arts in Carmel, where the Songbook Foundation is headquartered, the program is shifting to a virtual format this year in response to the logistical and safety issues posed by the ongoing pandemic. The program is held July 17 to 24 with interactive professional vocal training, performance coaching, workshops, daily social activities and educational masterclasses with a team of mentors led by five-time Grammy Award nominee and Songbook Foundation founder Michael Feinstein.

“One of the big takeaways was learning from all the talented mentors that the Songbook Academy offered,” Cross said. “Even though it was virtual, I really got close with my teammates. A couple teams were assigned two mentors, who work with you on the song you put through the academy. It was nice to get to know people. Some were from Indiana and some weren’t. I think there were eight of the top 40 in the group.”

The mentors for Cross in 2020 were Kathleen Hacker, University of Indianapolis music professor, and jazz pianist Russ Kassoff, who has played for Frank Sinatra and Liza Minnelli.

“They both brought wonderful things to the table,” Cross said. “Russ is very knowledgeable of the era since he had been surrounded by it. Kathleen was able to help me with basic things of phrasing and telling the story. I’m really looking forward to meeting my new team and my new mentors. Working in masterclasses one more time with the Songbook family, even though it’s virtual, they do a wonderful job of making those connections virtually, and they feel the same as if we were face to face.”

Cross said her introduction into the Great American Songbook was the golden age of Broadway.

“Last year, it opened a world of more jazz artists like Chet Baker, Ella Fitzgerald and people like that,” Cross said. “It opened up my perspective that there is more than just Broadway.”

Cross, who worked on George Gershwin’s “I’ve Got a Crush on You” in the 2020 Songbook Academy, said she is looking forward to working on a completely different type of song this year.

Cross will be working on the song “The Boy from Ipanema.” She will sing the song partly in Portuguese, which ties into to her career goals.

“It’s expanding my language ability as well as storytelling and understanding the era,” she said.

Cross plans to major in international studies and Spanish at the University of Wisconsin.

“I plan to join a choir, take music courses, or even doing musical theater,” she said. 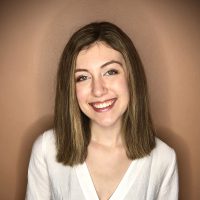 Kistner said she is eager to learn the Great American Songbook history and how it shaped jazz and musical theater.

“The part I’m most looking forward to is getting to work with my team and getting to learn from them and the feedback they receive, as well as my mentors Mel Shore and Elaine Moebius,” she said.

Kistner said there will still be a lot of benefits from the intensive being virtual.

“Of course, in-person is always preferred,” she said. “But we’ve been able to accomplish so much online in this pandemic for over a year, and we can do almost everything that we would do in a normal year online. So, I’m just glad that the intensive is still happening this year.”