Range Line Road will be closed for an estimated 60 days between City Center Drive and Elm Street. (Photo courtesy City of Carmel)

Range Line Road has closed between City Center Drive and Elm Street as the City of Carmel works to transform the stretch of roadway from five lanes to two. The closure is expected to last 60 days.

When complete, Range Line Road will have one lane of traffic traveling north and south separated by a landscaped median. It will also include a bicycle and pedestrian path, matching a reconstruction project of the road previously completed between Elm Street and Executive Drive.
Businesses from Midas, 570 S. Range Line Rd., to the north can be accessed from the north by using Range Line Road.
The project also includes constructing the city’s 140th roundabout at Walnut Street (also known as 6th St. SE to the east) and construction of Walnut Street from Range Line Road west to Monon Boulevard. The northeast block of buildings at Monon Square will be removed to make way for the project, but remaining businesses at Monon Square will remain open.
Access to the shopping center will be available front the south on Range Line Road and from the north by Veterans Way via Elm Street.
The detour route to avoid the construction zone is by taking 3rd Avenue SW.
An unrelated project nearby will lead to a partial closure of Veterans Way beginning on or after July 15 as Duke transmission lines are buried and water mains are upgraded between Elm Street to Main Street. The first part of the four-phase project will occur near The Cat Theater, with additional phases expected to begin in late September.
Access to all nearby businesses and properties will remain available during the project, which is expected to be complete by May 2022.
Learn more about these and other road projects in Carmel at CarmelLink.com. 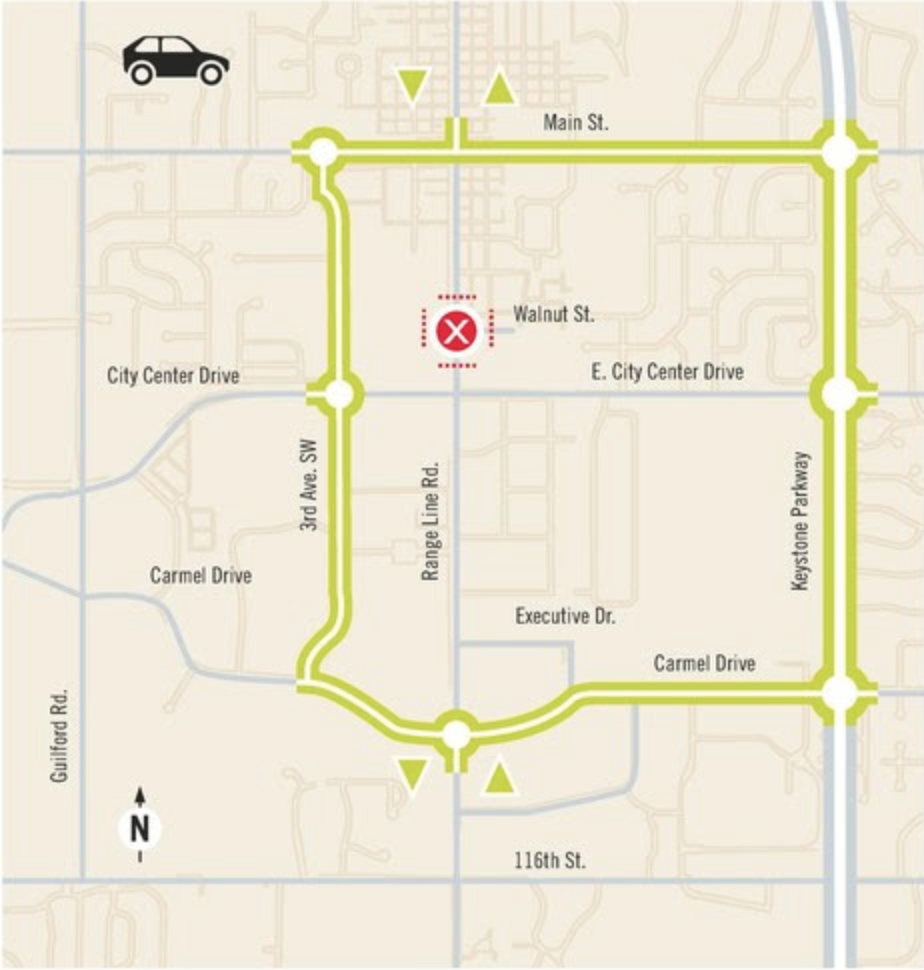