George and Amanda O’Dell are convinced one of the nation’s top young ninjas lives in Carmel.

The husband and wife are managing partners at Train Yard 317, a 5,000-square-foot gym in southwest Indianapolis with more than 100 obstacles, and they’ve both appeared on the hit NBC show “American Ninja Warrior.” So, they know what they’re talking about when they say that 10-year-old Andrew Saffen is among the elite.

“There are a number of kids that are at that (top) level in the country, but if Andrew is on his best game, nobody’s going to beat him that day,” George O’Dell said.

Andrew, an incoming fifth-grader at Forest Dale Elementary, has only been training on obstacle courses since 2019, but he’s already reached several major milestones. He was a Season VI National Ninja League leader in power rankings for his age division; qualified for the NNL World Championships twice; was the Midwest Region NNL Season VI champion and has finished in the top 3 in all 14 of his competitions, including 10 first place finishes.

It didn’t take long for Andrew to fall in love with the sport. 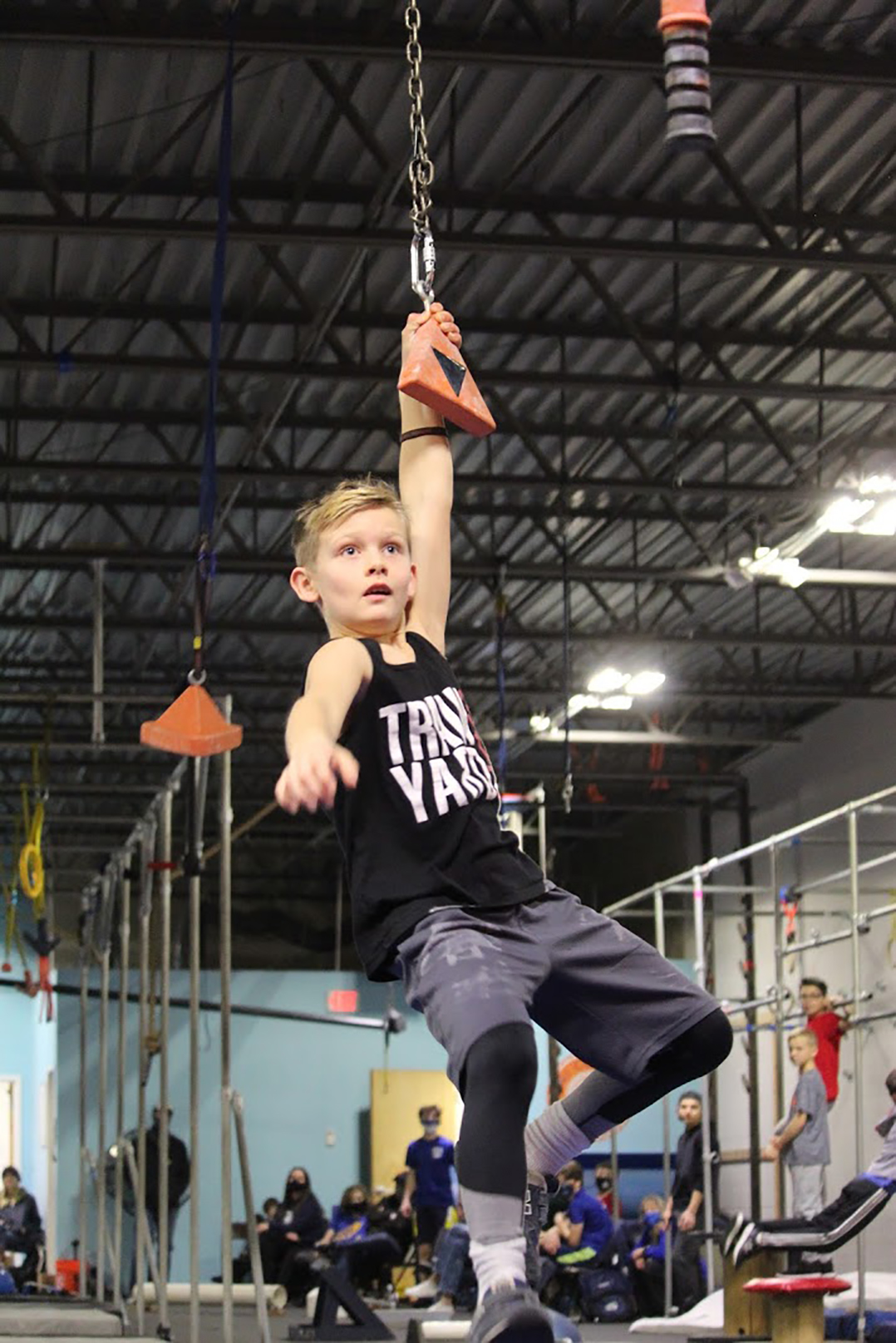 Andrew first became interested in obstacle course racing in 2018 by watching the obstacle competition show “Ultimate Beastmaster” on Netflix. But his ninja career almost came to a quick end after a disappointing run at his first competition.

“I thought ninja was going to go downhill because of my bad score. I didn’t want to compete anymore,” Andrew said. “Then I was like, ‘I’m going to try one more time and see what happens.’ Then I ended up getting second place and was very happy with my run, so I decided that I wanted to stick with ninja and keep competing.”

As Andrew’s interest in the sport grew, his father, Mark Saffen, transformed the home’s basement into a training gym, complete with a peg board to climb, rings to jump and ledges to build grip strength. Andrew’s skills continued to progress, so Mark constructed a backyard training course, adding a mini warped wall and grip-strength obstacles to an existing wooden playset.

This spring, the backyard course continued to grow with new structures that include a salmon ladder, space to practice 10-foot laches and a 12-foot warped wall, only 2.5 feet shorter than the one featured on “American Ninja Warrior.”

Jamie Saffen, Andrew’s mother, said she initially felt nervous watching her only child climb and throw his body through the air, so she placed mats throughout his training areas. But she was able to breathe easier when she realized her son’s natural abilities.

“At first, it was really nerve wracking, but to see him do it so well, we have confidence now,” Jamie said.

“He has amazing body awareness,” George O’Dell said. “He knows exactly what his body is going to do when he lets go at certain angles and reaches out.” 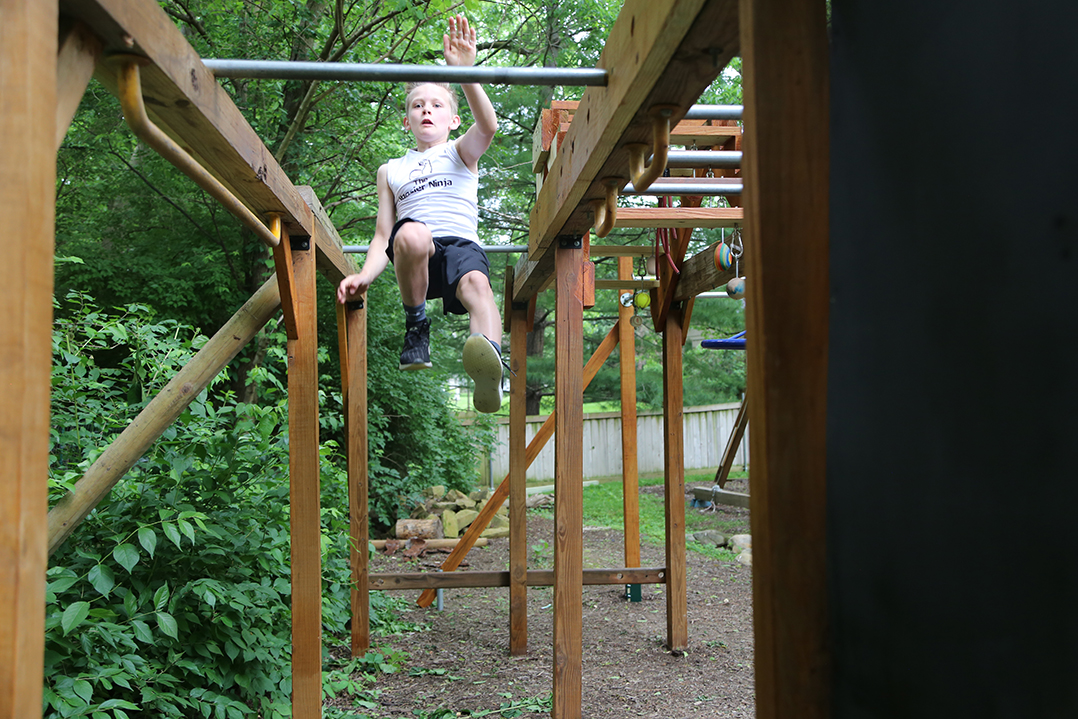 Not only is Andrew an excellent competitor, he’s a wonderful friend to other kids in the gym, according to the O’Dells.

“He’s good at encouraging them, motivating them and trying to give them advice,” Amanda O’Dell said. “He definitely enjoys training with the adults more as far as being able to push himself and better himself. That’s always fun for us to have Andrew training with us, because it takes us down a few notches when he smokes us.”

Jamie Saffen said her son enjoyed teaching ninja skills to other students on the Forest Dale Elementary playground, at least before the COVID-19 pandemic changed the structure of recess. She would like to see more children embrace the hobby and enjoy some of the benefits she’s seen with her son.

“There has to be those kids that don’t fit into the regular sports mold,” she said. “Something like obstacle course racing or ninja burns tons of energy, but it’s something a lot of kids could do. It’s simple playground stuff (to start), and it goes into a competitive environment.” 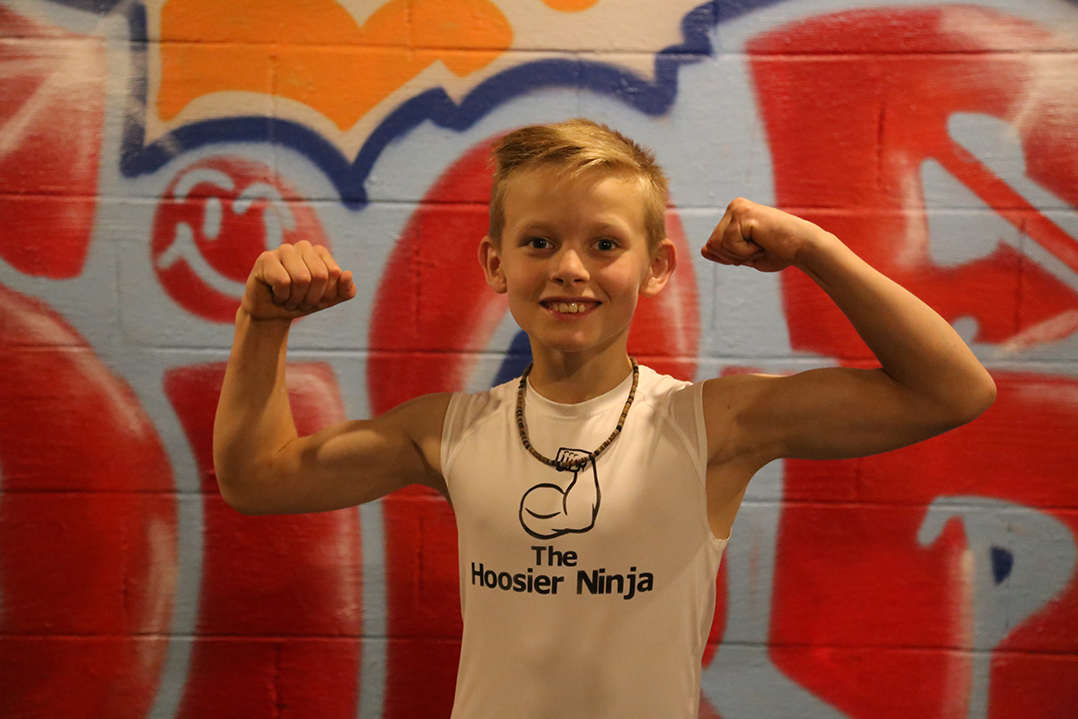 Andrew Saffen pauses in his basement, which has been transformed into a ninja training course. (Photo by Ann Marie Shambaugh)

Ninja goals: Own a training gym and compete on “American Ninja Warrior”