You are at:Home»Current in Noblesville»Noblesville Community»Noblesville Police Dept. wants to bring more women to policing

The Noblesville Police Dept. is joining a national initiative aimed at bringing more women onto the police force.

The initiative, called the 30×30 Pledge, is a series of low- and no-cost actions police departments can take to improve the representation of females in law enforcement. The actions address recruitment, assessment, hiring, retention, promotion and agency culture. 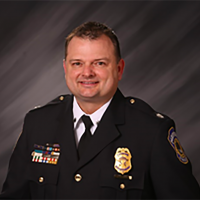 “This pledge means that the Noblesville Police Dept. is actively working toward improving the representation and experiences of women officers in our agency,” NPD Chief John Mann stated. “We are honored to be among the first in the nation to make this critical commitment, and we look forward to working with and learning from agencies across the country who share our priority.”

More than 80 agencies have signed the pledge.

Currently, women make up only 12 percent of sworn officers and 3 percent of police leadership in the U.S. Noblesville Police Dept. has 94 officers, seven of which are female. Of those seven, two are in leadership positions. One is a sergeant, and one is a deputy chief.  Noblesville’s initiatives for the 30×30 Pledge include taking measures to increase the representation of women in all ranks of law enforcement; ensuring that policies and procedures are free of all bias; promoting equitable hiring, retention and promotion of women officers; and ensuring the culture is inclusive, respectful and supportive of women in all ranks and roles of law enforcement.

According to a media release from NPD, research suggests that women officers, among other qualities, use less force and less excessive force; are named in fewer complaints and lawsuits; are perceived by communities as being more honest and compassionate; and see better outcomes for crime victims, especially in sexual assault cases.