You are at:Home»Current in Carmel»Carmel Community»Winged Victory Foundation aims to promote liberty through arts 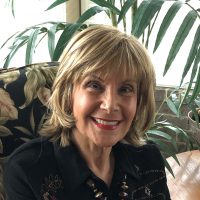 It’s a common theme in her novels, which caught the attention of a retired professor who made a large donation through his estate to spread that message even further through the founding of the Winged Victory Foundation. LaGreca declined to identify the late founding donor, describing him as a “very shy person” who is not a household name.

Winged Victory is “dedicated to influencing the culture with the ideas of liberty” through literary and performing arts, according to its website. LaGreca, a Westfield resident and president of the foundation’s board of directors, said the organization is nonpartisan and hopes to reach students and community members who may not closely follow politics or public policy matters.

“Our goal is to help to produce a society of freedom-loving individuals who just glory in the control of their own lives, the adventure of life and strive to be the best they can be,” LaGreca said.

The foundation is named after the Winged Victory of Samothrace, an ancient Hellenistic statue depicting the Greek goddess of victory, now housed in the Louvre museum in Paris.

“It’s the most beautiful, soaring statue,” LaGreca said. “We felt it reflected the noble and uplifting (qualities) in art, and that’s what we want to project in our stories.”

Winged Victory has several events planned this year, including an essay contest for students in grades 7 to 12, a public reading of the Declaration of Independence in July and the debut of the play “Just the Truth,” adapted from LaGreca’s novel of the same name. Six performances are scheduled for late June at the CAT in Carmel. The foundation also plans to present several classic plays.

LaGreca said the Westfield-based organization aims to discover new plays and novels to promote, as well.

“We need current works, because we have current issues and a current context modern audiences can relate to better than a play about a poet in 14th century France,” she said. “That’s why we would like to reach out and see if there are some talented folks out there that have good material.”

Organizers hope Winged Victory will expand statewide and beyond. Learn more at wingedvictoryfoundation.org.