You are at:Home»Current in Westfield»Westfield Community»Westfield High School seniors’ project places 2nd in Innovate WithIN competition

Westfield High School senior Jacob Mills would have loved to have won the Innovate WithIN regional competition, but there are some perks to placing second. 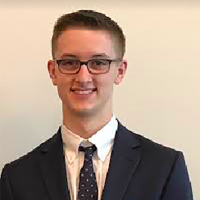 Innovate WithIN is a statewide high school pitch competition, showcasing the youngest innovators across the state. The competition offers up to $100,000 in cash prizes, mentorship opportunities and in-state college tuition assistance. Mills’ team project is the Orbiter, which is designed to make interaction with computers easier than using a joystick or a mouse. It is designed to allow digital objects to be held and manipulated, much like sci-fi holograms in movies.

“We tied in second place with another group in the regional competition, but the judges decided later that we won second place,” Mills said. “This means that we are put into the wild card round. Unfortunately, the wild card groups are not allowed to compete for the grand prize money. We will, however, be allowed to join their eight-week startup incubator program which we will definitely take advantage of.

“The only thing yet to be decided is which wild card group gets to go on the trip to Texas.”

Mills said of the nine wild card groups, the judges will pick one winning group to go on the trip with the nine first-place groups.

“I am very hopeful that my group is chosen to go on the trip because we would get to meet powerful people from Texas who may want to help us with Orbiter,” Mills said. “I, personally, am hoping (that) if we get to go that we meet someone from SpaceX or Tesla, since they are headquartered there and that is my dream job. 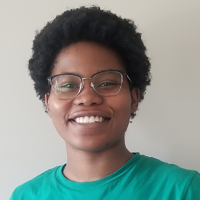 “We will definitely be doing more pitch competitions, but that will be after we go through the eight-week incubation program.”

“I was very excited to have our team come in second place for the Innovate WithIN regional competition because there were many amazing pitches and ideas,” Famuyiwa said. “I intend to continue improving the Orbiter because it revolutionizes the navigation of CAD models and other computer graphics.”

Senior Max Amenta, a DECA member, provided business knowledge and marketing expertise for the Orbiter presentation with Mills in the Shark Tank competition in March at Westfield Chamber of Commerce. The presentation was voted the best, earning $1,000 for the prototype.