You are at:Home»Current in Fishers»Fishers Cover Stories»The Mitt Fix: How one man brings baseball’s past back to life

It was Nick Carraway who reminds the title character in F. Scott Fitzgerald’s masterpiece “The Great Gatsby” that he could not repeat the past. Maybe so, but Kevin Howell of Fishers would counter that if you cannot repeat the past, you can refurbish it — one baseball glove at a time.

Senior recruiter at Community Health by day, craftsman by night, Howell retreats to his basement and into baseball nostalgia after work. Baseball cards of some of the game’s greats are on one wall, tickets of memories past line another, along with framed newspapers of the Chicago Cubs 2016 World Series triumph on a third wall. On the back wall is a row of antique mitts restored to new.

“A large percentage of my work has been taking dad or grandpa’s old glove out of the garage, basement, barn and send it to me, then I referb them pretty enough to at least display,” said the self-taught Howell, 44.

The modern baseball mitt is about as far cry from the mitts of the 1920s as Alexander Rossi’s IndyCar of today is from Ray Harroun’s Marmon Wasp that won the first Indianapolis 500 in 1911. Modern mitts are specialized. For example, a middle infielder’s glove is significantly different from a first baseman’s glove, which is dramatically different from a catcher’s mitt. The webbing of an outfield mitt has gaps, so players can see through the glove to catch the ball. A pitcher’s mitt’s webbing is solid, so the batter can’t see the pitcher’s finger placement on the ball. The gloves of yesteryear, in contrast, were all-purpose and looked more like ballooned hands than mitts. There was little webbing a century ago, and every position, except catcher, used the same style. The gloves also were designed to be durable and mistreated.

“A (vintage glove) was made to put into your back pocket,” Howell said. “At the end of the inning, they’d just leave it on the field, so it’d get stepped on and all jacked up.”

One time, Howell found a Draper and Maynard mitt from the early 20th century that was so aged its leather was more like cardboard and just as flat.

“I could have hit it on the table, and it would have split. That’s how dry it was,” Howell said.

Howell put at least 10 hours of carefully massaging, then pounding with a mallet and cleaning with his own secret solution to restore the mitt to near-playing condition.

At first, the part hobby was just something Howell did to relax. He would restring a glove while watching a movie or sitting outside and sell a few on his Etsy page. It helped him stay connected to the game he loved and played in high school.

But then came a unique opportunity. The year 2020 was the centennial anniversary of the Negro Leagues, and to pay tribute to the occasion, the Negro League Museum in Kansas City, Mo., wanted to have an art exhibition to honor the league’s its unique and overlooked history. Artisans included painters, sketch artists, screen printers and sculptors but no one who refurbished tattered old baseball gloves. No one, that is, except Howell, who contributed to the exhibit.

“Kevin does awesome work, and his work is unique from other artists and makers. He has his own niche out there,” said Tad Richardson, a Seattle-area artist who founded the art exhibition on behalf of the Negro League Museum. “There are lots of baseball glove re-lacers out there, but no one is restoring those 100-year-old gloves to game-ready condition.”

Richardson found Howell as he was combing social media for small businesses that specialized in baseball art and craft. He reached out to hundreds of such small businesses, and Howell was one who offered to join the new community. Howell sold 12 mitts at the event and restored an additional eight. Howell has seen a boost in sales for his services since the exhibition ended last year.

“Maybe the most amazing thing we really did was ignite a community,” Richardson said. “What Kevin shared with you about it being a catalyst for him it seems to be a recurring theme. A week before this (program) was launched (the artists) might have seen themselves as competitors, and today they are collaborating. It brings goosebumps to my arm.”

You can see more of Howell’s work at the Hoosier Vintage Gloves Instagram page at instagram.com/hoosiervintagegloves/?hl=en. His Etsy page is at etsy.com/shop/HoosierVintageGloves. 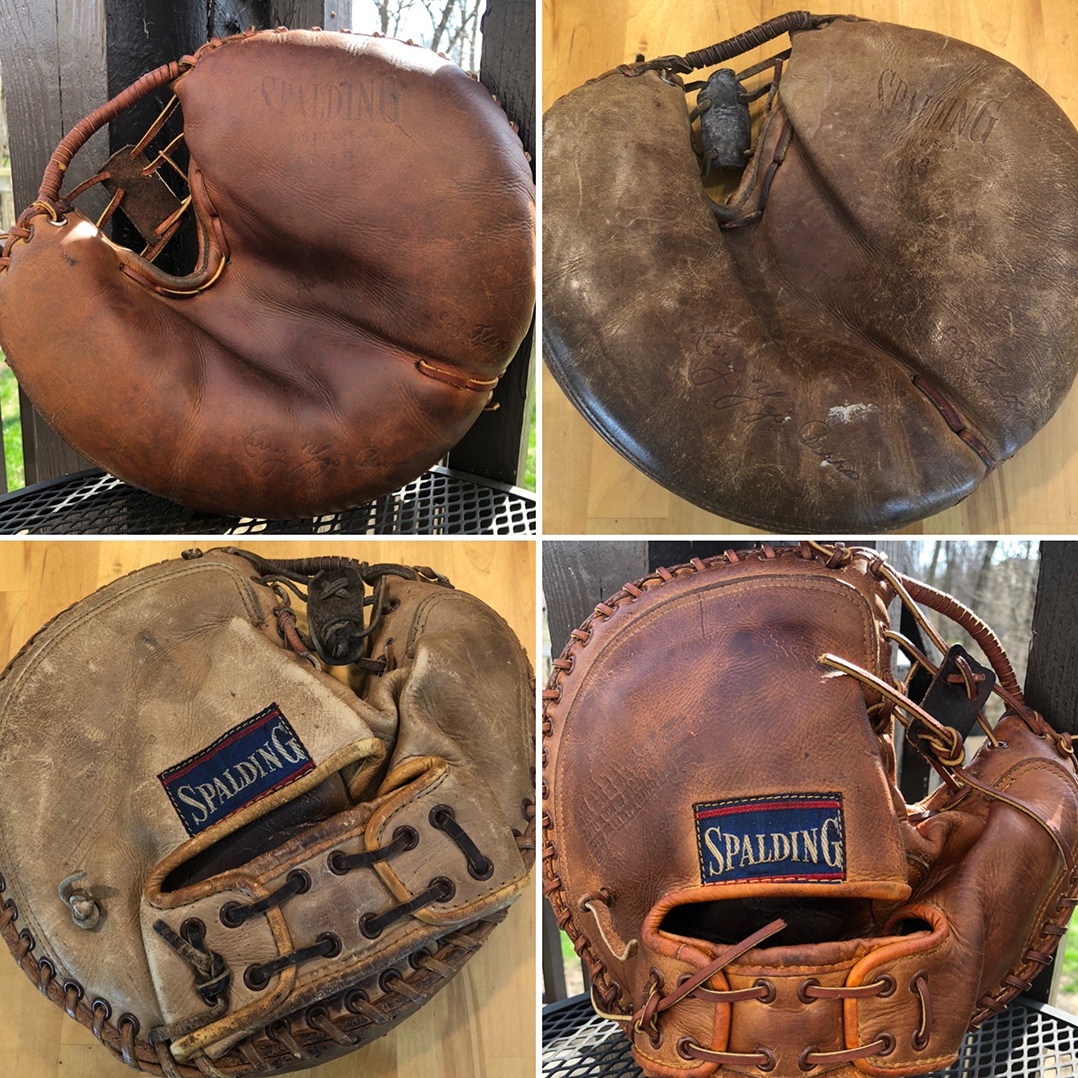 Indianapolis and the Negro Leagues

The first Black man to play in Major League baseball was not Jackie Robinson, but Moses Fleetwood Walker. Walker debuted in 1884 but his stay, along with other African American ballplayers, would be brief.

By the 1890s, Major League Baseball was all white and would be until 1947 when Robinson came along. Without access to the Majors, African Americans formed their own professional leagues, the most successful being the Negro Leagues in 1920. Indianapolis had a significant role in the Negro Leagues with two major teams: Indianapolis ABCs and the Indianapolis Clowns.

The ABCs featured a local player, Oscar Charleston, who was posthumously enshrined in the Baseball Hall of Fame in 1976. While the Clowns gave the first professional opportunity to a promising 18-year-old from Alabama, Henry “Hank” Aaron, who would one day make 25-time All-Star Game appearances and hit more home runs than any man before him, including Babe Ruth.