A Carmel resident has won the grand prize in a contest presented by the Indiana Chapter of the American Society of Interior Designers and Indianapolis-based furniture company Purposeful Design. 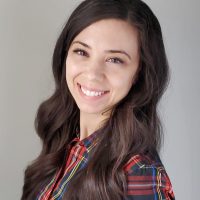 Missy Eltz, 36, won the competition with her designs of a desk, credenza and bookcase.

Eltz, the director of development operations for the Indianapolis Symphony Orchestra, is taking interior design classes at IUPUI. She said it has been a lifelong hobby she wanted to study. It was at IUPUI where Eltz learned about ASID and the competition.

“I saw that ASID had a student membership, so I decided to join, and when they announced the competition, I thought I would give it a try,” she said.

The competition was organized by ASID President Olivia Snyder, past President Emily McLaughlin and membership director Alex Cain. Snyder said they created the competition to allow designers to show their creativity during the pandemic.

The competition was open to all ASID members, from students to professionals, and required participants to design furniture that would fit into the Purposeful Designs catalogue.

Eltz said she submitted four designs and entered them into three of the five categories. She said she was hesitant at first because she had not yet learned the software that interior designers use.

“I thought mine was going to look the worst because I was using pencil and paper,” she said.

Eltz said she learned about Purposeful Design and tried to incorporate its style into her designs.

Oliva and Margert said the competition was so successful that they will organize it again and open it up to the ASID sister program in southern Ohio and Kentucky.