You are at:Home»Current in Fishers»Fishers Community»Weingarten pleased with Democrat gains during his term

At 76, Joe Weingarten decided the timing was right to retire as Hamilton County Democratic Party chair.

“But the time term was over. I’d be 80,” the Fishers resident said. “I took over four years ago and I think I met the goals I put on myself. It used to be, ‘You’re a Democrat, you mean there is more than one in the county?’ Three years ago, we got the first Democrat (Rachna Greulach) elected in 58 years in the county. Two years ago, we got three (Democrat) council members elected. We’ve become a force. People have to understand it’s no longer, ‘It’s a red, one-party system.’ That was my game plan and I achieved what I wanted to do.” 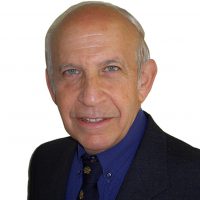 A new Democratic Party chair will be elected March 6 in a vote by precinct committee members.

Greulach, a Fishers resident, won the Fall Creek Township Board spot in 2018. Miles Nelson became the first Democrat ever to win a spot on the Carmel City Council in 2019, and Democrats Jocelyn Vare and Samantha DeLong were elected to Fishers City Council in 2019.

In the November 2020 general election presidential vote, then-President Donald Trump carried Hamilton County by 6.8 percent. However, Joe Biden topped Trump 51.1 percent to 46.7 in Carmel and won the Fishers vote by a smaller margin. Moreover, Weingarten said he had too many volunteers to be workers in 2020. By contrast, in 2016 many sites had only Republican poll workers because no Democrats volunteered.

“When I took over four years ago, there really was no party,” Weingarten said. “Even more significant, we had too many poll workers (in 2020). Four years before, many sites had only Republican poll workers and no Democrats.”

Weingarten said he is not going to walk away from politics.