The Hamilton County Sheriff’s Office is recognizing two of its deputies after they encountered a distressed individual armed with a rifle. 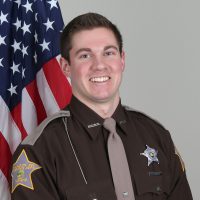 According to a press release from the HCSO, Deputy Eddie Hansen and Sgt. Kevin Crask were dispatched to check on the welfare of a Hamilton County citizen near 146th Street and Allisonville Road in HCSO’s southeast district. Upon arrival, Hansen contacted the distressed individual, who was armed with a rifle.

Hansen gave verbal instructions to deescalate the situation. After negotiating for several minutes, the individual complied and the weapon was not used and no injuries occurred.

“Dep. Hansen displayed some of the most amazing communication skills and compassion I have seen in this profession,” Crask stated. “Dep. Hansen routinely goes above and beyond to help people, and this was yet another display of his dedication to Hamilton County and its residents.” 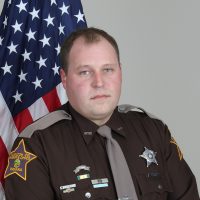 Hansen lives in Carmel, and Crask lives in county jurisdiction north of Cicero.

“I could not be more proud to work alongside Dep. Hansen and Sgt. Crask every day,” Sheriff Dennis Quakenbush stated.

The incident occurred in January, and the HCSO announced the recognitions last week. Quakenbush attributed the outcome to the personal attributes of Hansen and Crask, but also the extensive mental health training and Crisis Intervention Training that is mandatory for HCSO employees.