You are at:Home»Current in Westfield»Westfield Community»Westfield resident wants to share human rights stance on flag 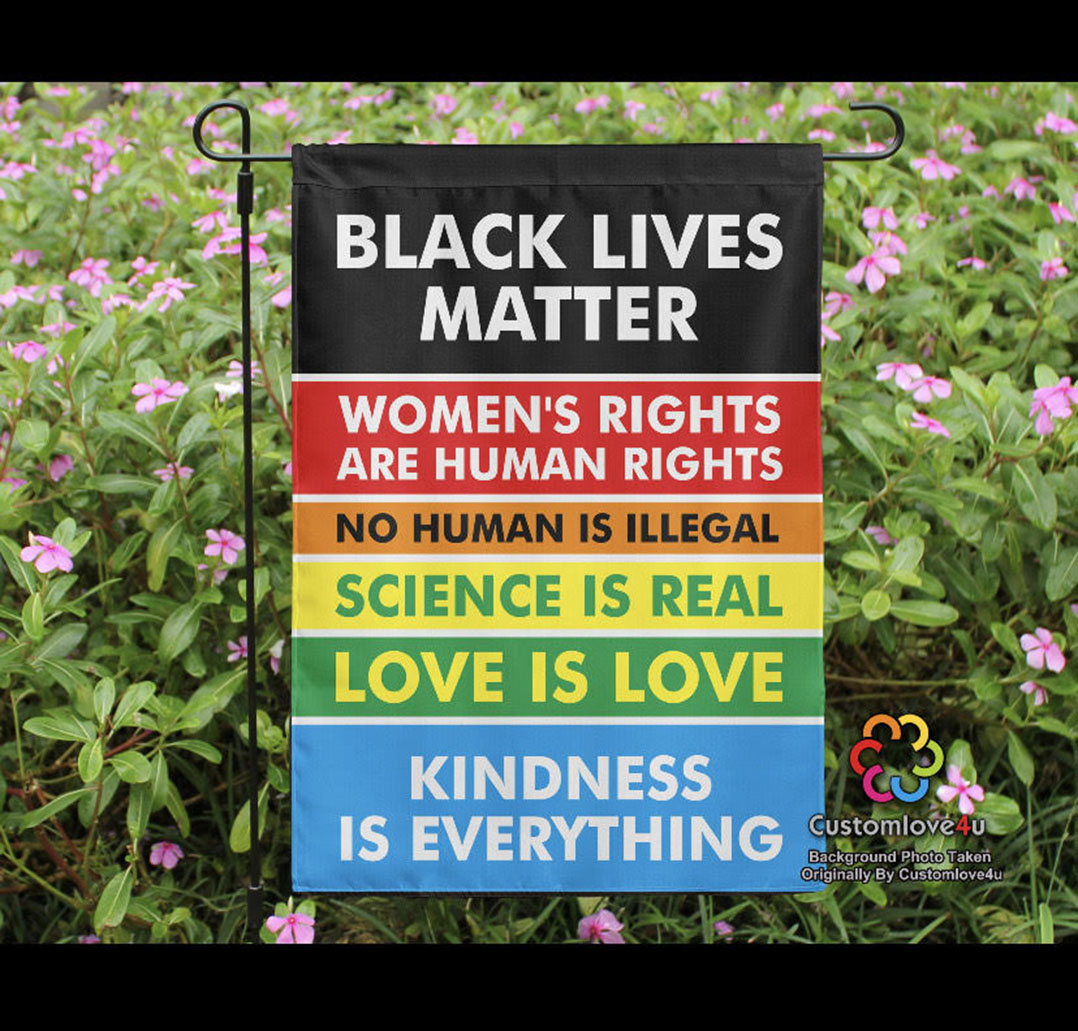 Lily Shogren wants to be able to share these messages on garden flag. (Submitted photo)

Westfield resident Lily Shogren wanted to have a sign to display her support of social justice issues at her Oak Manor neighborhood home.

The garden flag contains messages such as Black Lives Matter, Women’s Rights are Human Rights, Love is Love and Kindness is Everything.

“To me, it’s not a political stance, it’s a human rights stance,” she said.

After a neighbor complained to Oak Manor HOA, Shogren was asked to take the sign down.

“This is an important message for me to display in our very white suburban neighborhood,” she said. “How do we move the conversation forward on why the sign is up and why it matters to me? The HOA response was, I could send in letters of violations for other people if I wanted to, and I said I didn’t have any interest in doing that.”

The Oak Manor Board of Directors maintained size was not the only issue, and it can only give approval for residents to display signs with vendor/professional purposes.

“I’m not trying to step on toes or offend people,” Shogren said. “We have a neighborhood that has large Trump flags up for months. As someone who has a best friend who is a person of color and a cousin who is a person of color, I have had enough conversations with them to know that there are subtle things that pose a very real threat to people who don’t look like me. It’s hard for me that my best friend is on edge when she comes in the neighborhood because of all these subtle things I don’t notice because I haven’t had that experience in life.”

Michelle Waugh, community association manager for Community Association Services of Indiana, said political candidate signs are only allowed before the election and must be removed after the election in the Oak Manor neighborhood.

“Violation letters are sent as violations are observed or reported,” Waugh said. “Several people were presented with letters regarding signs at the same time as the Shrogens. The covenants can be amended, but it would require two-thirds of the community to agree on those changes.”

Shogren said she has received support on the neighborhood’s private Facebook page that many neighbors believe she should be able to display the garden sign. For now, the flag remains up as Shogren seeks approval and she plans to join the neighborhood board.