You are at:Home»Current in Zionsville»Zionsville Cover Stories»Spoils of victory: County officials estimate more than $1 million saved because of case
Correction: A prior version of this story incorrectly reported Elise Nieshalla estimated Boone County, Whitestown, Zionsville Community Schools and the Hussey-Mayfield Memorial Public Library would have had to refund an estimated $850,000 for each of the years between 2014-2020 if Meyer had won the case. Nieshalla estimated the refund would have totaled $850,000 for all years between 2014 and 2020.

Boone County officials calculated the county saved more than $1 million as the result of a legal battle concerning the property value of the Whitestown Meijer store, a victory they hope will end the practice – at least locally – of what some call “the dark store theory.”

On Dec. 31, 2020, the Indiana Tax Court informed the county that it won its case – that began in 2018 – against Meijer Stores Limited Partnerships. Meijer argued its property value should be figured using an appraisal method that county officials colloquially call “the dark store theory” or “dark box theory” because it argues a store’s valuation can be derived by comparing it to similar stores that have sold on the market. Comparable stores used in the appraisal can sometimes be vacant, or “dark” stores. County officials argue it is an unfair practice because it lowers an operating store’s property value, lowering the property taxes a business would pay.

Boone County Council Vice President Elise Nieshalla said the county’s victory means “a tax burden shift from Meijer and potentially other big box retailers will not be transferred to home, land and other business owners who are under their property tax cap.”

Meijer’s original offer to the Boone County Assessor in 2014 for the assessed value was $4.9 million. It then submitted an appraisal amount of $7.3 million when the case reached the Indiana Board of Tax Review.

The Indiana Board of Tax Review determined the store’s assessed value at $12.8 million, which was affirmed by the Indiana Tax Court. Property taxes collected from the location are distributed to Boone County, Whitestown, Zionsville Community Schools and the Hussey-Mayfield Memorial Public Library.

“If we had not fought but accepted Meijer’s offer, then approximately $1.7 million in tax revenue would have been shifted to other property owners, and some lost, due to tax caps for the years 2014-2020,” Nieshalla said.

If the courts had sided with the $7.3 million appraisal amount that Meijer submitted during the hearings, then Boone County, Whitestown, Zionsville Community Schools and the Hussey-Mayfield Memorial Public Library would have had to refund an estimated $850,000 for the years between 2014-2020, Nieshalla said, justifying the county’s almost $750,000 legal fees incurred fighting the case.

The court’s ruling means the Meijer store was undervalued, and Meijer must now pay an estimated $300,000 additional (not including interest) to cover the tax liability of the increased value for the years between 2014-2020. The amount will be distributed to the same entities.

According to the estimates, a yearly shift of at least $265,000 was stopped.

County officials said the ruling now gives them substantial leverage against other big-box retailers that might have tried to employ the theory in appealing their assessed value, saving the county incalculable amounts of revenue.

Meijer did not answer a request for comment before press time. 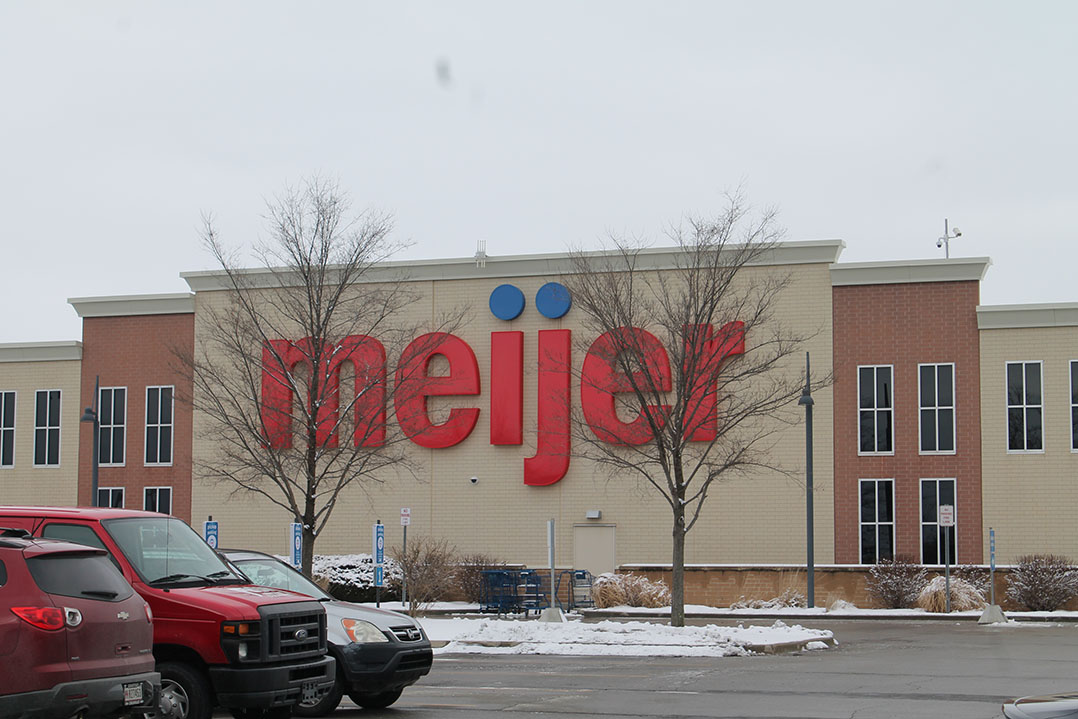 On Dec. 31, 2020, the Indiana Tax Court informed the county it won its legal case — that began in 2018 — against Meijer Stores Limited Partnerships. (Photo by Jarred Meeks)

“Going forward, it is important to follow-up this legal win with legislation that will clarify Indiana tax code, ending the ‘dark box theory’ as an acceptable appraisal methodology,” Nieshalla said.

Sens. Brian Buchanan, Phil Boots and Eric Bassler have authored Senate Bill 307 to address the issue, with Sens. Ed Charbonneau, Jim Buck and J.D. Ford joining as co-authors. The bill was in committee, as of press time.

The bill states the tax value of a commercial property used for retail purposes that also is occupied by the original owner or a tenant for which an improvement was built should be determined by using the cost approach to appraising a property for the first 10 years of occupancy of the property. The approach would prevent companies from using a sales-comparison appraisal approach, which also is known as the “dark box theory.”

“With two Indiana courts ruling in favor of Boone County and many statewide associations backing the bill, momentum is growing to deal with this issue in the 2021 legislative session,” Nieshalla said.