You are at:Home»Current in Fishers»Fishers Community»Author to give virtual talk about Klan history

Historian James H. Madison, author of “The Ku Klux Klan in the Heartland,” will give a virtual talk about the new book for both Hamilton East Public Library sites in Fishers and Noblesville on March 21.

Madison will discuss themes in the book and challenge popular perception of the Klan.

“People are interested in the subject, and they have many, many misconceptions,” said Madison, professor of history emeritus at Indiana University. 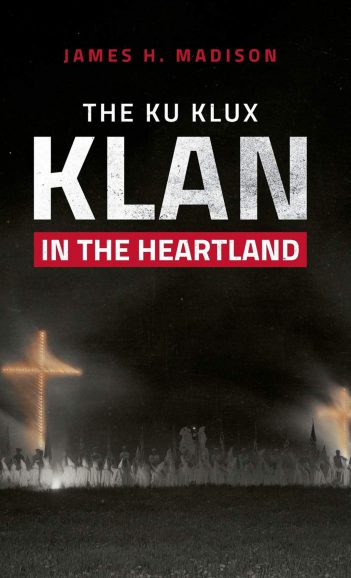 “The Ku Klux Klan in the Heartland,” published last year, details the history of the Klan in Indiana and the Midwest from the 1920s through today. Madison said the Klan identifies as “100 percent American,” meaning Protestant, white and native born, and anyone who didn’t meet those qualifications was targeted as less than 100 percent American.

“It’s about the Klan, but the larger issue is about how some Americans in the (1920s), and even today, privilege themselves through categories of ‘we, us’ and categories of ‘them,’ other people who are less,” Madison said.

Madison said he decided to write about the Ku Klux Klan three years ago after teaching about the topic for many years in an Indiana history course. He has written several books about Indiana history, but he found that students were always overwhelmingly captivated by the history of the Klan.

In the book, Madison said he addresses a common misconception many people still hold: That Klan members were outliers and exceptions to the rule, rather than the product of the rule itself.

Madison’s March 21 event, moderated by Hamilton County Historian David Heighway, will run from 2 to 3 p.m. via Zoom. To register in advance, visit the library’s events calendar at hepl.lib.in.us/events-calendar/.