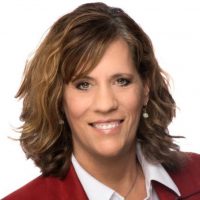 Fox, LaBore and Sun are co-founders of the White River Word Millers. They worked for several months forming the club before it was chartered.

LaBore moved to Noblesville from Greenfield three years ago.

“To my surprise, there was not an active club in Noblesville,” LaBore said. “I ran into Peiming Sun, and she was interested in trying to get a club started. She asked if I’d be willing to help.” 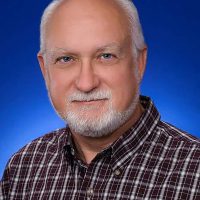 LaBore, who started with the club when he was working at Lilly’s office in Greenfield, had been an officer in that club for 11 years.

LaBore said Toastmasters’ education program helps people improve their public speaking skills. The Word Millers have been meeting at 7 p.m. on Thursdays through Zoom since March 2020, when the COVID-19 pandemic hit.

“It’s been a great additional tool to be able do things through Zoom,” LaBore said.

Fox was active in the Westfield Toastmasters Club, serving as president and then area director.

“I am an executive coach, and most of my execs were Toastmasters,” Fox said. “I asked, ‘What is Toastmasters?’ And one of them challenged me to get into it. I decided I wanted to improve my impromptu speaking. My second goal is I wanted to improve my ability as a trainer. My strength has always been to over prepare, and sometimes in life we don’t have time to over prepare. That was one of my personal challenges to deliver effectively without over preparing.”

Her third goal was to improve her storytelling.

“I wanted to have a safe place to try new things and improve on that and get feedback as I went,” Fox said.

Fox chose two different paths, competent communicator and dynamic leadership, to complete to earn her Distinguished Toastmaster honor. There are 30 projects within each path.

Other requirements are to be an officer and district officer. 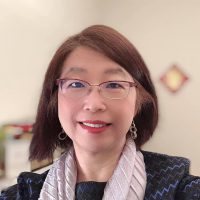 “You take on a different role each meeting, so you learn how to run meetings effectively,” Fox said. “You also learn how to give other people feedback. It’s a really inexpensive way to grow professionally.”

Sun joined approximately 15 years ago but said she has been an active member for about eight years.

“I have a coaching program online,” she said. “Before that, I was a scientist at Lilly’s. I worked there for 11 years and then became a small business owner.”

Sun said impromptu speaking has helped her respond to questions right away.

“We call it table topics. Impromptu speeches are part of the training we have,” she said. “The training helped me in life. I don’t have to rehearse a speech. I just have to (have) bullet points. It helps me to organize my thoughts and present it in a concise way that people can relate.”

LaBore has watched as others have grown through the years.

“Every person has significant increase in their public speaking ability around the fourth or fifth speech they give to the rest of the club,” he said. “Not only are they practicing speeches and getting better, but by that point they are also evaluating other speakers. The verbal evaluation reinforces what you are learning in giving your own speech.”