You are at:Home»Current in Westfield»Westfield Community»Westfield mayor restricts communication between councilors, city staff

It hasn’t exactly been smooth sailing for the Westfield City Council and Westfield Mayor Andy Cook since five new members joined the council in January 2020. A series of events has led Cook to prohibit council members from speaking to city staff. They must send their questions or comments directly to Cook. 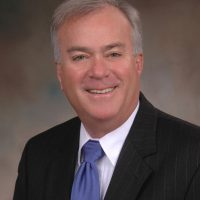 “They don’t have access (to city staff), they have got to go through one funnel, and that’s me,” Cook said. “This council doesn’t communicate well within themselves. (City staff) were getting duplicate requests for data from this councilor and that councilor for much of the same or similar information to the point that my department heads’ heads began to spin. I have to be cognizant of my department heads’ time, efficiencies and their priorities.

“I’m merely asking, ‘OK, how about you councilors get together, and if you want to know how many housing units of 1,200 square feet can have two trees sitting on them, I can probably come up with that.’”

Other reasons behind the decision include a councilor degrading city employees on social media and while in a public meeting and broken trust between Cook and the council. Cook said one example of broken trust was when an unnamed councilor learned about confidential proprietary information about a local business and shared the data in a public meeting. Cook said the information was misconstrued to the detriment of the local business.

Cook said other issues regard efficiency, such as councilors asking questions about the proposed tunnel at the Monon Trail crossing of 161st Street.

“I get councilors going to Jeremy (Lollar) in public works, or John Rogers in the financial department.  I get financial questions, and with the tunnel project, we studied that for many years,” Cook said. “We looked at the HAWK (crossing signal) system years ago. We looked at moving the trail. We’ve looked at going over the trail, under the trail. We brought our recommendation forward, and the previous council said, ‘Yes, that’s what we want to do,’ and this council is starting all over again. Which is fine, I don’t object to that, but asking for a second and third time (about) the very data that’s already been studied, it’s a very inefficient way to operate a government.”

Cook said he had similar issues regarding the Grand Junction project in downtown Westfield and the Ind. 32 widening project.

Cook has never before restricted communication access between city staff and councilors and isn’t sure if other mayors operate in similar fashion.

Council President Mike Johns said access to city staff has been restricted since before May 2020.

“(Cook) was concerned that other councilors were asking city employees about policy issues and policy questions, and that any and all policy questions needed to be addressed through the mayor,” Johns said. “It’s really a problem, like (council member) Cindy (Spoljaric) and I sit on the (Advisory Plan Commission), and we deal with the planning department. In the past, we’ve been able to pick up the phone and call (director of community development) Kevin Todd and get his opinion on discussing a development or a (unified development ordinance) code, so if I have a question regarding the height of a building, I have to call Andy and ask him to get with Kevin.”

“But I was not supposed to pick up the phone and ask the question,” Johns said.

Johns said the communication restriction has led him to try to find answers on his own.

“If I have to call the mayor to ask the question, I try to figure it out and move on down the road to a different issue. It’s silly,” he said. “It’s very frustrating that you can’t talk to folks in the city when you need to ask a question. For example, if a resident calls me to complain that a snow plow knocked down his mailbox, I will have to call Andy or send him an email. Normally, I copy Jeremy Lollar in public works because it’s really going to him, but I have to send it to Andy. It seems to me a waste.”

Johns didn’t anticipate such communication hurdles when he ran for council. He said that by asking questions and taking a closer look at city financials, the council is doing what it was elected to do.

“I know this council is more difficult because we are doing what we were elected to do,” Johns said. “We are going to act as a legislative body to make sure that spending is done appropriately. Hopefully, that’s not making people upset with us.”

Johns began his term as council president at the beginning of the year and wants to find a solution to the communication issues soon.

“One thing I’d like to see from the new council moving forward is better communication with city employees,” Johns said.

“That has not happened yet, but that is part of something I’m hoping to do. It’s part of a vision,” Johns said. “We have a number of large topics and large expenditures to discuss over the next few months, and we can’t make those in a vacuum. We have got to work together as a team, the elected officials together with the employees.” 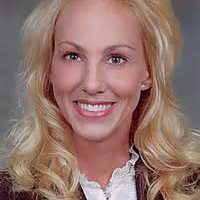 “I’ve been with the city since (2005), either on APC or BZA or as a councilor, so I have established relationships with these people from years of working together on different things,” Spoljaric said. “I’ve always been able to contact the department heads night or day, and now, to not have the ability to just call them or email them and talk to them about things, it’s been hard, both professionally and personally.”

Spoljaric said having to communicate directly through the mayor is awkward and inefficient.

“I’ve never been restricted in my 15 years of who I could talk to, and it’s been beyond frustrating,” she said. “I’ve never known of a community where staff has been directed to not communicate with council. It’s an interesting thought that any resident can contact a department head, but those that represent them cannot.”

Spoljaric and Johns agree that Westfield has some of the best employees in the county.

“We are really thankful for everything the city staff is doing to help hold the line during these tough times,” Johns said. “I’ve got nothing but good things to say about those folks, and I would certainly like to work with them. I’d like to be able to communicate that with them. Sometimes, I feel like they don’t know us. I’m sure someone’s telling them we’re a bunch of mean old guys on the council that are unwilling to spend money, but that couldn’t be further from the truth.”

Cook and Johns agree working as a team is important.

“There has to be some common respect,” Cook said. “That respect should result in us working together. Question all you want, I’m fine with it, but we should be working together to maintain the progress of this city, and frankly, we are a little bogged down right now, and that greatly concerns me.”