You are at:Home»Current in Fishers»Fishers Cover Stories»Bringing the past to light: Fishers woman establishes Fishers Historical Society

Diane Whelchel decided the time was right for the City of Fishers to establish a historical society.

The cities of Carmel and Westfield and Hamilton County already have historical societies. Fishers has a rich history to share, and Whelchel wanted to share it.

Whelchel began the process in 2019. The society established itself as a nonprofit in early December 2020 and is working on future projects.

“It would be nice to have some type of museum and have some people from the community to submit their own items from history to be on display,” said Robert Bowling, a retired Fishers Police Dept. officer and the society’s historian.

The Vardagen building and several other historical buildings are part of a redevelopment project in downtown Fishers by CRG Residential.

The oldest building in Fishers, a general store constructed in 1886 by Sam Trittipo, also still stands. Trittipo moved his general store from New Britton to Fishers and was Fishers’ first postmaster.

“There were a couple bombings,” Bowling said. “His son went into business with him, and I think it was his son that was actually the target, but a couple bombing incidents happened in Fishers that were never solved. In one, (Trittipo) got injured and had shrapnel. The second one made national news because by this time, he was the postmaster for Fishers, and he went to open a box. He didn’t see the ‘open this end’ so he opened the wrong end, and it didn’t detonate.”

No one was convicted for the crime, but Bowling said people believed someone from Fishers traveled to Cincinnati and mailed the package from that city.

“The Trittipo family was targeted,” Bowling said. “They were loved, but they were also hated.”

Per recent history, Whelchel has saved items such as newspaper clippings and photos over the past 10 years. She is a lifelong Fishers resident. Bowling searched newspapers.com for older stories. He has written a book about the city’s history for the “Wicked” series called “Wicked Fishers.”

Bowling, Whelchel and the society’s board haven’t found secured a building for the historical society, but they are working to get several buildings placed on the National Registry of Historic Places, such as the Trittipo building and a church on Lantern Road that used to be the city’s Methodist church.

“The article I found was that the church was built in 1905,” Bowling said. “I have an article that describes the new building for that church, and back then, church was a big deal in a small community, so almost everything happened through the churches.”

The process of establishing buildings on the national registry takes time Bowling said.

“You have to submit articles,” he said. “Just because a building is old doesn’t mean it’s going in the registry. You have to prove architectural significance or significance to the community, like what’s special about this building. Obviously, the Trittipo building has enough articles showing that building helped Fishers start growing.”

Whelchel said the society is accepting donations as it seeks a place to conduct meetings. Whelchel works out of her craft shop in her home. Board members are Whelchel, president; Bowling, historian; Mark Rouse, vice president; Mike Vierling, secretary; Beverly Eddingfield Mossop, treasurer; and Greg Purvis, Madalyn Kinsey and Bill Bolander as members. 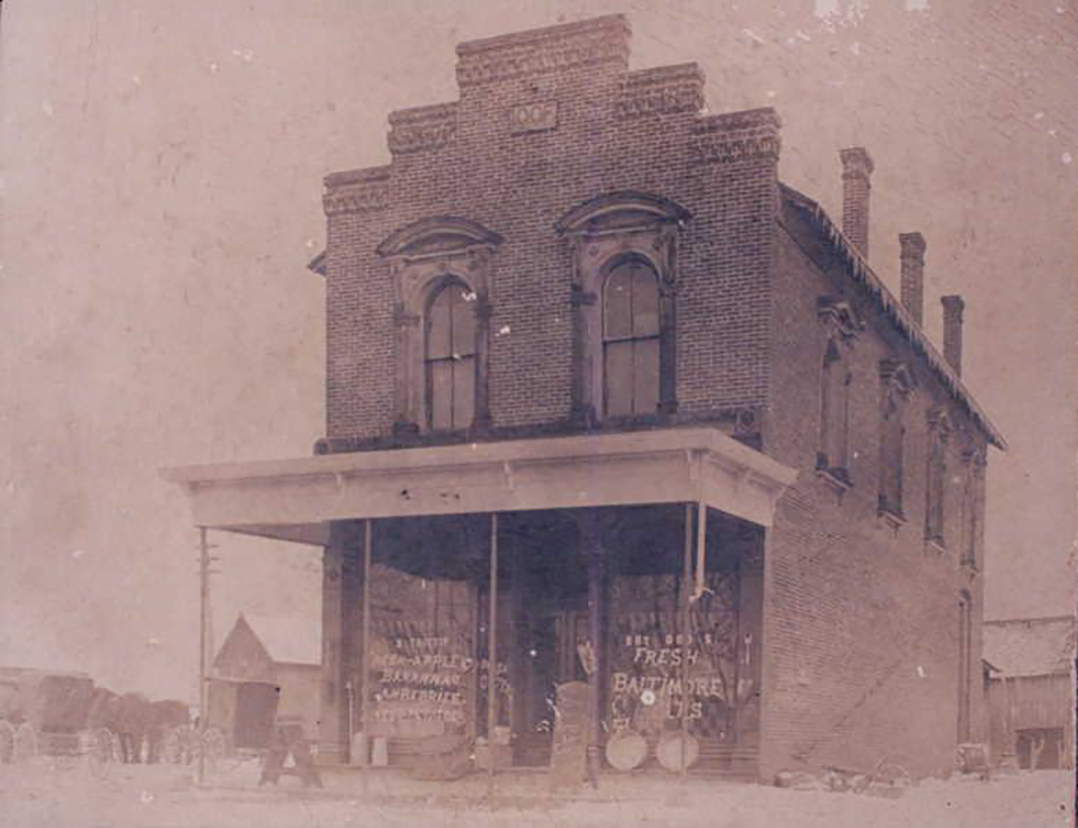 In addition to donations, the Fishers Historical Society is seeking new members. Annual membership dues are $10 for students, $15 for adults, $20 for a senior couple, $25 for a family, $50 for sustaining memberships, $100 for business memberships and $200 for a life membership.

The society’s next meeting is at 7 p.m. Jan. 12 on Zoom. To receive login information or to donate historical items, email Whelchel at dianewhelchel@hotmail.com.