Maddie Harris is used to being behind the scenes in Hamilton Southeastern High School Drama Club productions. 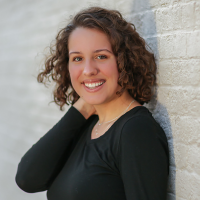 Typically on the tech crew, she will make her acting debut in “The Complete Works of William Shakespeare (abridged)” at 7 p.m. Nov. 19 in a livestreaming show. The play runs Nov. 19-21.
“I didn’t expect to get cast since I had never auditioned before, but when I saw the cast list, I was excited to learn otherwise,” Harris said. “I am happy that we’ve found a safe way to put on our fall show. As a senior, I only have a few shows left as a part of HSE Drama Club, so being able to have this show is a huge deal for me.”
Harris plays one of three narrators along with seniors Annie Cushman and Alexys Hatch. 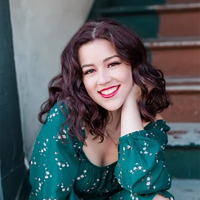 “The most challenging part of my role is that there is a lot of ad lib, which requires me to always be on my toes and prepared for anything,” Harris said. “I have had no experience with Shakespearean language outside of my sophomore English class, so this show has been an interesting learning experience. I have had so much fun with this role.
“It has a lot of flexibility to play around, and I’ve been able to develop this character into something really fun and unique.”
Hatch said it has been fun to be part of the show.
“We spent time working on the jokes that were written in the script, and now that we have gotten comfortable with that material, we are able to start adding our own comedic flair to things,” Hatch said. “This show allows us to laugh with each other, at each other and at ourselves. This show was originally written for three guys who spent the entire hour production running around in wigs and costumes and trying to put on all of Shakespeare’s work alone. We expanded the cast to a group of 17, so we have a lot of actors who play different characters from Shakespeare’s works while myself and three other actors provide context and funny moments while also getting to be a part of the various shows. I play a version of myself as well as Macbeth. 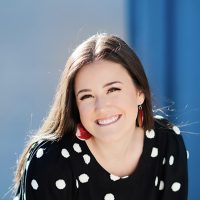 “I really enjoy having such a versatile part. I absolutely love the Macbeth scene that I share with Annie Cushman. It is one of the most fun things that I get to do in this show and one of my favorite scenes that I have done as a performer.’

Hatch is simply glad for the opportunity to perform.
“So many things about senior year have gotten changed because of the pandemic, and having this constant has been really nice,” she said. “When our spring show, ‘Annie,’ got canceled because of the pandemic, I tried hard not to get too disappointed and to keep things in perspective because there were so many bigger things going on at the time. Theater is my passion and my comfort place, and working on this show has provided a level of normalcy to my life that I was missing while in quarantine.” 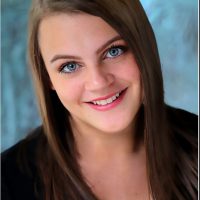 “We do a whole run of the Shakespeare works and then we do it again faster and faster,” Caron said. “Then we do it backwards, so I can say Shakespeare backwards, which is kind of stressful. It’s like nothing we’ve ever done before, but it’s really cool to be a part of.”
Caron said the face masks are customized to the character, adding she will be putting a character saying on her mask.
“We’ve thrown in some COVID jokes and some elbow bumps,” said Caron, who has been performing for 12 years.
Cushman is eager to perform again.
“I missed being in front of an audience and sharing these kinds of stories that bring so much joy,” she said. “The only contact I’ve had with Shakespeare is in English classes when I was younger and we had to read the classic plays of ‘Romeo and Juliet,’ ‘Hamlet’ and ‘Macbeth,’ but it went way over my head at the time.”
Cushman has been in Drama Club all four years.
“I’ve been involved in every play and musical since my freshman year, and I find it so fun to perform with my friends,” she said. “I missed being on stage so much, and it’s so nice to be with people that share the same passions as I have. Being a part of Drama Club and acting in the shows has been the highlight of my four years of high school, so I’m happy that my senior year, they found a way to put on a play (during the pandemic).”
The public can purchase a virtual ticket for access to a streamed performance at hsedrama.org.