You are at:Home»Current in Fishers»Fishers Community»Fishers completes several construction projects this month

Several City of Fishers construction projects will be completed this month, including the first paved portion of the Nickel Plate Trail, two projects along 96th Street and a new interchange at 126th Street and Ind. 37. 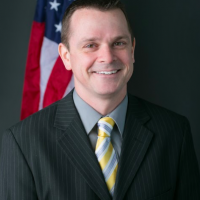 “Many of these projects have been in the works for years, so I’m incredibly excited to see the culmination of our work,” City of Fishers’ Director of Engineering Jason Taylor stated. “These improvements will enhance both the motorist and pedestrian experience around our community, in a time where it’s more important than ever that we help our residents get to where they’re going quickly and efficiently, and give them new opportunities to explore our community by foot.”

Fishers opened two projects along 96th Street on Nov. 9. The first was completed in partnership with Hamilton County and the City of Indianapolis. It consists of additional travel lanes, a walking path and a widened bridge over Mud Creek east of Sargent Road to Cumberland Road. The second project consists of resurfacing and grass medians on 96th Street east of Interstate 69.

Other projects are a new roundabout at 126th Street and Ford Drive, which is now open. Road resurfacing in the Burberry neighborhood will be complete before Thanksgiving and downtown improvements, such as the South Street project, have been completed and the road has reopened to traffic. The Lantern Road drainage improvement and resurfacing project is almost complete, and pavement work along Frances Street will be complete before Thanksgiving.