You are at:Home»Current in Carmel»Carmel Community»Carmel attorney remembered for kindness, knowledge, “trademark hats”

For Carmel City Council member Kevin “Woody” Rider, John Molitor was not only a lawyer but also a friend. 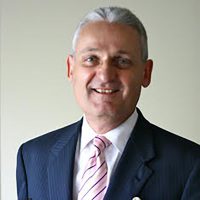 Molitor, a Carmel resident who died Oct. 30 at age 71, was the attorney for the Carmel Planning Commission.

“Sincerity, integrity and honesty, and he was extremely knowledgeable about municipal issues we were dealing with,” said Rider, who has served on the commission nine of his 14 years on the council. “He was a wealth of knowledge. I called him all the time, sometimes not even about planning commission stuff.”

Rider was shocked by Molitor’s passing, having talked to him a few days earlier. Rider said Molitor and his family visited his restaurant, Woody’s Library Restaurant.

Mike Hollibaugh, city of Carmel’s director of community services, said Molitor was his colleague and friend for nearly 25 years

“Our hearts go out to the Molitor family. He will be sorely missed,” Hollibaugh said. “We thank them for allowing John to spend so many evenings and hours working at plan commission and board of zoning appeals meetings. Since 1996, John Molitor has been the bedrock of Carmel’s land use program, helping coach Dept. of Community Services staff and working to ensure the city made the right decisions with sound legal footing over the thousands of projects and petitions heard by the plan commission and board of zoning appeals.

“There’s not been a day since his passing that I haven’t asked what John would say or do. I miss him, his humor and his counsel. His contributions to Carmel are immeasurable over an amazing period of growth and change for the city.”

“He also was looked to as a source of insight and knowledge on all matters planning and zoning related in the Indiana Legislature and at the Indiana Association of Cities and Towns (now, AIM),” Grabow said. “No matter how long each of us has served on the commission, I know that we all have benefited from John’s wisdom, judgment and humor. He, and his trademark hats, are difficult to replace.”

Rider said the hats, such as fedoras, fit his personality perfectly.

“He was a classic,” Rider said.

As valuable as his knowledge was, Rider will miss Molitor’s kindness as a friend the most.

“You felt friendship working with him,” Rider said.

A mass celebrating Molitor’s life will be held at a later date at Our Lady of Mt. Carmel Church, where he had been a member for more than 30 years.

Molitor, whose middle name was Raymond, is survived by Nancy, his wife of 40 years, and children, Elizabeth (Christopher) Miller, Jack Molitor, and Kathleen Molitor. Other survivors include Molitor’s parents, John Parker Molitor and Lois Rodecap Molitor, and sister, Nathalie Fairfax.