You are at:Home»Current in Westfield»Westfield Community»Steele wins school board seat with more than 55 percent of the vote

Going into Election Day, Westfield resident and Westfield Washington Schools Board of Trustees District 3 candidate Mike Steele said he was confident but nervous about his bid for the seat. 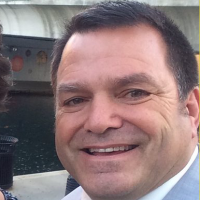 He needn’t have worried, as he won the seat with more than 55 percent of the vote, defeating incumbent Duane Lutz, who received 25.3 percent. Candidate J. Keith Owens received 19.1 percent.

Steele credited his win to making his message clear to voters. He said he ran on the same belief he had when he coached football and wrestling, that it takes a village to raise a child and that kids always come first. He said Westfield residents want to bring a family like atmosphere back to the school board.

“I hope to be an ear for the students, teachers and administrators,” said Steele, whose term begins in January. “I have talked to a lot of the administrators, both current and past, and I feel confident that I can hit the ground running. I had great help along the way and could not have done it by myself.

“I would also like to thank the people of Westfield who elected me to this important position and to say how proud I am to serve Westfield Washington Schools.”

Steele graduated from Westfield High School in 1984. He’s been a firefighter with the

Indianapolis Fire Dept. for 30 years. He also is a substitute teacher.