You are at:Home»Current in Zionsville»Zionsville Community»Zionsville resident writes book on celebrated scientist 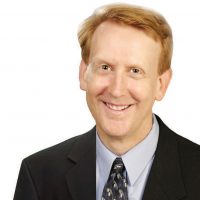 As an Indiana University professor of radiology, Dr. Richard Gunderman has long been fascinated with the story of Marie Curie.

Curie, a native of Poland who emigrated to France, discovered radioactivity, added two new elements to the periodic table, and won Nobel Prizes in two natural sciences, a feat unequaled in the annals of science.

Gunderman wanted younger students to know more about her history, so he wrote a biography called “Marie Curie: The Pioneer, the Nobel Laureate, the Discoverer of Radioactivity,” which was published Sept. 1 by Welbeck Publishing in London, England.

“Marie Curie is one of the most remarkable scientists in history, and as a professor at IU, I am regularly surprised by how little undergraduate, graduate, and medical students know about her,” said Gunderman, who has lived in Zionsville since 1997. “We see so far because we are perched on the shoulders of giants like her. I am hoping the book will inform and inspire scientists of all ages, but especially draw younger people into scientific careers. It could play an especially important role in encouraging girls to consider STEM fields.” 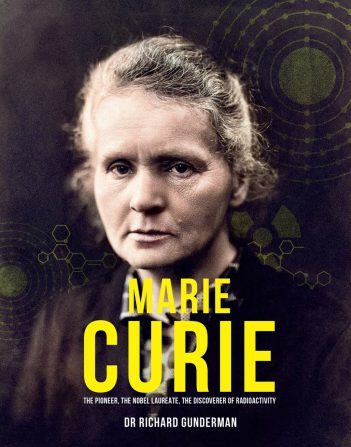 Gunderman’s book is for sale in Zionsville at Black Dog Books and is available on Amazon.

Gunderman said Curie “dramatically expanded our understanding of the universe, especially by her discovery and characterization of radioactivity. She discovered properties of matter that no one had dreamed existed.”

Gunderman knew Curie faced tremendous heartache in her life, losing her mother and sister in childhood. Her husband, Pierre Curie, who also won a Nobel Prize, was killed in road accident by a horse-drawn vehicle in 1906. Curie died at age 66 in 1934 of aplastic anemia, a direct result of her experiments with radium.

“But working on this book provided a much deeper glimpse into the depth of her despair,” Gunderman said. “In some ways, she bounced back, but in others, she bore a deep sadness for the rest of her life.”

Gunderman said the book took approximately one year to write. A huge benefit was having the resources of IU’s great library, Gunderman said.

“I found out that she cared far more about being left alone to carry out her research than being a world-famous scientist,” he said. “Pierre was the same way; they had an intense curiosity and need to work, and they resented things that got in the way of their research.”

The book is for sale in Zionsville at Black Dog Books and is available on Amazon.

“I teach mainly in Indianapolis in the medical school, the school of philanthropy, and the school of liberal arts, but I also teach two undergraduate courses each year on the Bloomington campus in the Honors College,” said Gunderman, who has been on IU faculty for 23 years.