You are at:Home»Current in Zionsville»Zionsville Community»Hernandez-Decrane wants to bring a new perspective to Boone County treasurer’s office

Lauren Hernandez-DeCrane, a Democrat, is running for Boone County treasurer because she said it has been too long since multiple candidates ran for the office, depriving voters of options when they cast their ballot. 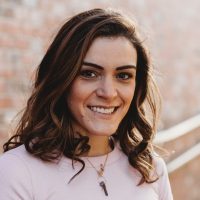 “I decided to get more involved in the local politics scene when I found out there had not been a candidate running against any of the other candidates previously,” Hernandez-Decrane said. “I wanted to give the voters a choice.”

As a younger candidate, Hernandez-DeCrane, 34, said she can bring a new perspective to the treasurer’s office. She is running against county recorder Nikki Baldwin, a Republican, in the Nov. 3 general election. Baldwin is leaving the recorder’s office at the end of her term.

“The perspective we have growing up in a different generation, in regards to how technology is shaping our society, is really where I think we have the advantage,” Hernandez-Decrane said. “I think that is a strength I can bring with being a young candidate.”

Hernandez-DeCrane received a degree in communications studies from IUPUI and an MBA in marketing from the University of Indianapolis. She was a member of Lambda Pi Eta National Communication Association and worked at the IU School of Medicine from 2012 to 2018, primarily in the Emergency Medicine Dept. as the technology and marketing coordinator. In 2018, she left the position to work with Arlington/Roe, an insurance company, before returning to the university in the summer of 2019 to work in the School of Social Work as a communications and marketing director.

“My background is primarily in communications, but I’ve worked in IT navigating systems and website implementations,” Hernandez-DeCrane said. “I also have my business degree, and I’ve worked with budgets and financials throughout my career. I know that is a skill set that will help translate to the treasurer’s office. So as I got more involved, I realized that is a position that I could use all of the different skills I had gained in my career to help the people and the taxpayers.”

If elected, Hernandez-DeCrane plans to find solutions for challenges after taking time to familiarize herself with procedures. She said her background in communications will allow her to help improve coordination in the office and with other departments.

Outside of politics, Hernandez-DeCrane plays volleyball and coached fifth- and sixth-grade girls volleyball at St. Luke Catholic School from 2014 to 2019. She is on a diversity committee at Indiana University. She also is a member of the Women of Impact for the Boone County Foundation.