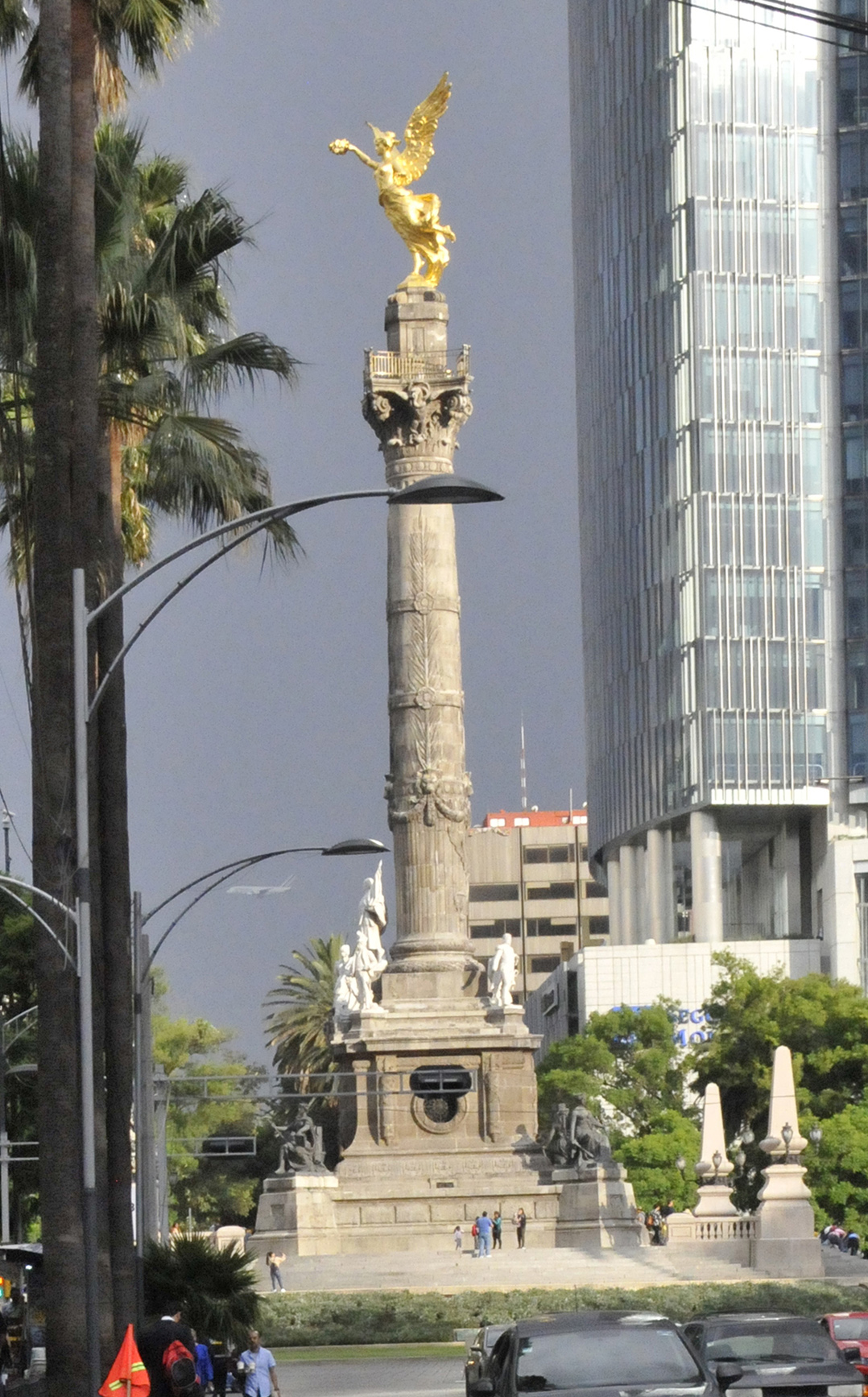 Monument to Independence in Mexico City (Photo by Don Knebel)

After defeating the Aztec Empire in 1521, Spain controlled what is now Mexico. On Sept. 16, 1810, Miguel Hidalgo, a Roman Catholic priest having Spanish ancestry, preached a sermon in his parish church in Delores, calling on people to join him in a rebellion against Spanish rule. Tens of thousands of people, many armed only with machetes, responded to this Grito de Delores (the Cry of Delores). Hidalgo was executed for treason in July 1811, but the rebellion he initiated continued and Mexico gained its independence in 1821. Father Hidalgo is considered the Father of the Nation and Sept. 16, the date of his Grito de Delores, is Mexican Independence Day.

In 1900, Mexican President Porfirio Díaz ordered the erection of a victory column at the center of Mexico City to celebrate the 100th anniversary of the Grito de Delores. Although an initial version collapsed, the Monument to Independence was dedicated by President Díaz on Sept.16, 1910.  The 118-foot-high column is topped by a gilded bronze statue of winged Nike, the Greek goddess of victory, holding in her right hand a laurel wreath above a statue of Hidalgo at the base. Because Mexicans call the statue “El Ángel,” the column itself is commonly called “El Ángel.” In 1925, the remains of Father Hidalgo and 13 other insurgents were entombed in a mausoleum beneath the monument. In 1929, an eternal flame was added at the base to honor the heroes of the rebellion. The circle around El Ángel is a popular place for national celebrations and political rallies. Until the monument was closed for restoration in 2019, energetic people could climb about 200 narrow steps to the top.