You are at:Home»Current in Noblesville»Noblesville Community»Noblesville Schools presents budget; could lose $5.5 million if pandemic continues 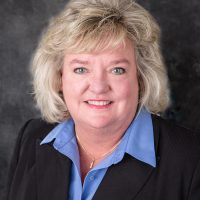 Phelps said planning the budget wasn’t too much different this year compared to past years, but the district might receive less funding from the state next year due to students learning online.

The State Board of Education recently approved a statute protecting schools in that schools would continue to receive 100 percent funding per student, even if students were learning online. However, that statute does not apply to the district’s February count of students.

“If students receive 50 percent or more of their education online (in February), then the district only gets 85 percent of the funding (per student),” Phelps said. “The State Board of Education passed an order that protected us in September, but they did not make that adjustment to the February count.”

Phelps said the district isn’t sure how many students will utilize online learning in February, as that number is largely dependent on pandemic’s progression. Currently, approximately 10 percent of students learn exclusively online. The other 90 percent of students learn through either a hybrid model where they only attend in-person classes on certain days of the week or, in the case of elementary students, they attend in-person classes each day. If that same model were to continue to February, the district stands to lose $5.5 million in funding from the state.

“It won’t impact this budget because we have enough cash balance to sustain, but as we move forward, we are going to have to look at making cuts,” Phelps said. “We just can’t sustain 85 percent funding.”

Phelps said administrators haven’t yet discussed where cuts would occur in the district.

The district also received roughly $429,000 in CARES Act funding, which was used to pay 27 staff members that were hired to decrease class size and provide online and in-person learning.

“When we qualified for the CARES money, one of stipulations of using CARES money was you have to continue to pay staff in the event you shut down,” Phelps said. “So, for us, it costs $1.5 million to pay staff to not work for a month, and so $1.5 million a month compared to $429,000 received made us wonder if we wanted to use the CARES dollars or not. In talking to the state, they advised us we should (use the money) because in the event more CARES funding becomes available, if we didn’t take the first round, we are not eligible for the second round.”

Noblesville Schools also applied for FEMA, which will reimburse up to 75 percent of COVID-19 related expenses, but the district has not yet received any FEMA dollars.

The school board is scheduled to vote on the budget at its Oct. 27 meeting.