You are at:Home»Current in Fishers»Fishers Community»HSE’s Younts inducted into Indiana Livestock Breeders Association Hall of Fame

Hamilton Southeastern High School agriculture teacher Tom Younts has always respected the members of the Indiana Livestock Breeders Association Hall of Fame, and now he joins that list of names.

Younts was recently inducted into the association’s hall of fame. 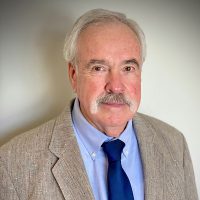 “I remember when I was in college and when I was down at the state fair, they had a picture framed up of these people over the past who have been contributors to the Indiana Livestock Breeders Association, and the criteria is based on what you’ve brought to the table,” Younts said. “It has always been an honor in my eyes.”

Younts has been the HSE High School agriculture teacher for 44 years. He was notified in June that he would be inducted into the hall of fame.

“It kind of shook me because who would’ve thought?” he said. “When you look at those people who have been nominated, there are some heavy hitters in the state of Indiana picked to be in that group. It’s quite an honor, it really is.”

Younts was recognized for his work with HSE’s agriculture program and for raising cattle. He also has judged many county fairs.

Younts lives in Markleville. Besides teaching, he also is an advisor for the district’s Future Farmers of America program.