Members of the Zionsville Police Dept. held a community gathering Sept. 30 and discussed issues about race relations and policing tactics that have become topics of national debate.

Zionsville Mayor Emily Styron told residents at the meeting that the community conversation was not meant to have an agenda or a script. She hoped those in attendance at Mulberry Fields that evening could tell their stories without judgment or fear.

“I think that’s where healing starts in communities,” Styron said. “And I’m not suggesting that we’re broken by saying that. I’m not suggesting everything you’re seeing on CNN is happening in downtown Zionsville. But racism has been on this planet probably as long as there have been humans. And there is no time like today or yesterday or tomorrow to start seeing where we can evolve.”

After ZPD Chief Michael Spears was appointed to his position earlier this year – and after national protests were spawned in response to the death of George Floyd, a Black man who died in police custody in Minneapolis on May 25 – ZPD officials announced several measures to provide more civilian oversight and accountability within the police department.

The department established the Use of Force Board to review all instances when an officer uses force in Zionsville. The board will conduct an investigation and submit findings to Spears, along with recommendations for policy changes, training and other areas.

Some residents expressed concern that only one person, Spears, would ultimately have the ability to decide the outcome of such reviews and questioned the objectivity of such a system. Spears and other town officials expressed an interest in investigating best practices that could provide alternative ways of handling outcomes of the review process.

Although Spears said the department has reported no uses of force in 2020, the board should still be created, arguing that it is imperative the department does everything it can to be beyond reproach in serving Zionsville residents.

Aaron Williams, a Black Zionsville resident who attended the gathering, said it’s only a matter of time before a controversial police action happens in the town.

“It’s not a matter of if something happens in Zionsville, it’s when,” Williams said. “And how we address it and how we prepare for it will make a significant difference.”

ZPD Det. Elizabeth Frost, one of the four women, has been tapped to lead the departments’ internal affairs investigations.

“You can talk all day until cows fly over the moon about diversity,” Williams said. “If you don’t have the personnel to represent those communities, you will never understand.”

Klykken, Sterling and Samuelson have each served the ZPD for 10 years.

Kenny, prior to his roles in the agriculture sector, served six years in the U.S. Army, which included time as an admissions officer at his alma mater, West Point, and a 15-month deployment to Afghanistan, where he earned a Bronze Star, Purple Heart and Army Commendation Medal with Valor. He resides in Zionsville with his wife Erin and two daughters.

Mitchell is a licensed therapist with a bachelor’s degree in criminal justice and a graduate degree in public management. She attends Traders Point Christian Church, volunteers at Wheeler Mission in Indianapolis and serves on the board of the Zionsville Moms Group. She lives in Zionsville with her 5-year-old son, not far from her adult children and granddaughter. Johnson and Mitchel, the civilian voices of the board, are people of color.

In addition to the Use of Force Board, whenever a vehicle is stopped in Zionsville, Spears has directed officers to record the stop, regardless of the outcome. The stops are documented and stored through dispatch’s E-ticket system, storing the date and time of the stop, the reason for the stop and the gender and race of the vehicle’s occupant, ZPD officials said.

All ZPD officers are outfitted with body cameras that must be manually activated, and each vehicle has a camera that automatically activates when the vehicle’s lights are turned on. Data is uploaded automatically to a cloud-based storage system. Spears said it would be a violation of the department’s policy if an officer failed to turn on their camera when interacting with a civilian; however, some residents voiced concern that many contentious interactions between people of color and police fail to be recorded because an officer failed to activate their body camera. They said it could easily happen in Zionsville.

The department also plans to start a behavioral health unit, allowing a trained medical professional to assist the department when needed on calls involving residents under mental duress. 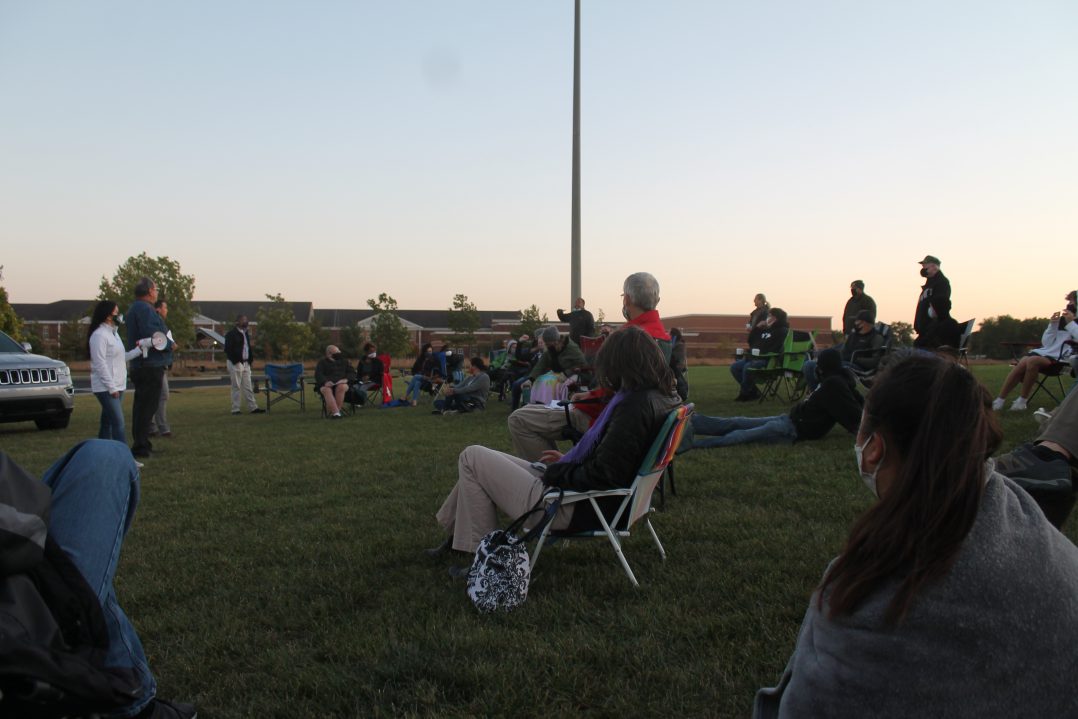 David, a Black man, said that when they first moved to Zionsville nine years ago, he was stopped by local law enforcement three times within two weeks but was given to citations. On one occasion, David said an officer continued to trail him to his son’s football practice. Another simply checked his registration and let him go, David said.

Kelley, a white woman, said officers, conversely, waved to her when she saw them during the same two-week period.

The couple said their differing experiences highlighted some of the inequities that still persist, even if a situation stops short of use of force.

“I put a Zionsville license plate on my car three weeks after I moved here because I wanted people to know I actually live here,” David said.”

Spears said he apologized for the way the couple was treated and that the department would not accept the same behavior moving forward.