Inna Pecar has some unexpected advice for families seeking to adopt a child through her agency.

“(Adoptive parents) have to be very selfish. People should not adopt just to help the child. They need to feel that’s their calling and it would be right for them as well, because it’s not an easy journey,” she said.

After placing more than 800 children since 1999 through KidsFirst Adoption Services, she’s learned that having a big heart isn’t enough to build a successful family. That’s why she works overtime to ensure birth and adoptive parents understand the many challenges along the way and helps them clear those hurdles.

Her system is working. The Carmel resident stays in touch with her families, and she’s beginning to see kids she placed many years ago graduate from school and get married, starting new families of their own. 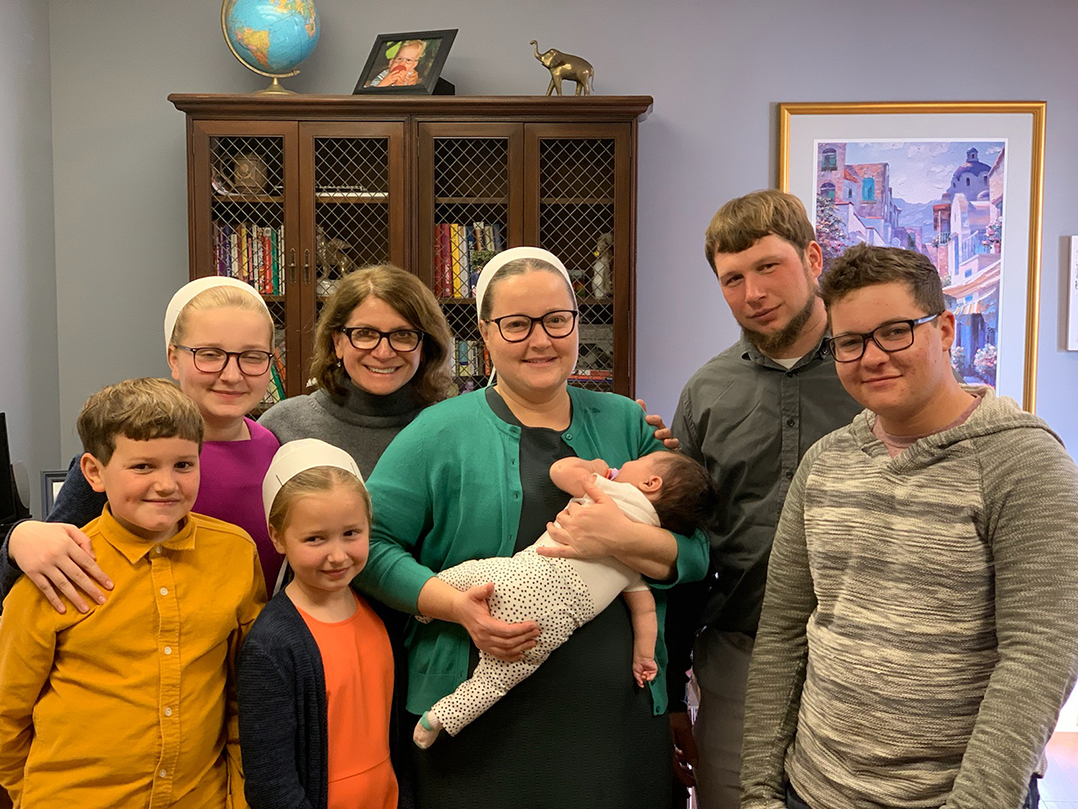 Inna Pecar, back row second from left, pauses with the Troyer family upon their adoption of baby Elena. (Submitted photo)

Pecar’s journey to start her own adoption agency didn’t follow a traditional path.

A native of Ukraine, she arrived in the U.S. in 1990 by way of six months in Italian refugee camps. She and her young son left their hometown of Cherkassy in 1989 to escape persecution of their Jewish heritage during the collapse of communism in Eastern Europe and the former Soviet Union.

After arriving in the U.S. with two suitcases and $200 to her name, Pecar said she “worked every job under the sun” as she attempted to establish her family in their new home. In 1992 she married attorney Steve Pecar, and they soon added two more children to the family.

During this time she began taking college courses because she didn’t think her Ukrainan master’s degree in education would be of much use in the U.S. She told the Indiana University admissions office that her career goal was to work with people.

Pecar became an intern at a counseling agency and later accepted a full-time job there. She and Steve spent nearly a year working to launch a Russian adoption program through the agency before realizing that organization wouldn’t be a good fit for them. So they decided to start an adoption agency of their own.

The couple still work together to run Indianapolis-based KidsFirst, with Steve focusing on the legal work and Inna handling many of the other duties. KidsFirst works with families on domestic and international adoptions from Ukraine, Poland, Bulgaria and the Dominican Republic.

The KidsFirst team has grown to include two additional employees, including Kim Howard, who was the first parent to adopt from the agency.

Howard, who already had two biological daughters, adopted a 14-month-old boy from Kazakhstan in 1999.

“I’m very grateful that I’ve been able to experience both having a child biologically and adopting. I feel like both experiences are so beautiful in different ways,” Howard said. “Obviously, I love all three of my children the same, and I think both avenues to having children are equally rewarding.” 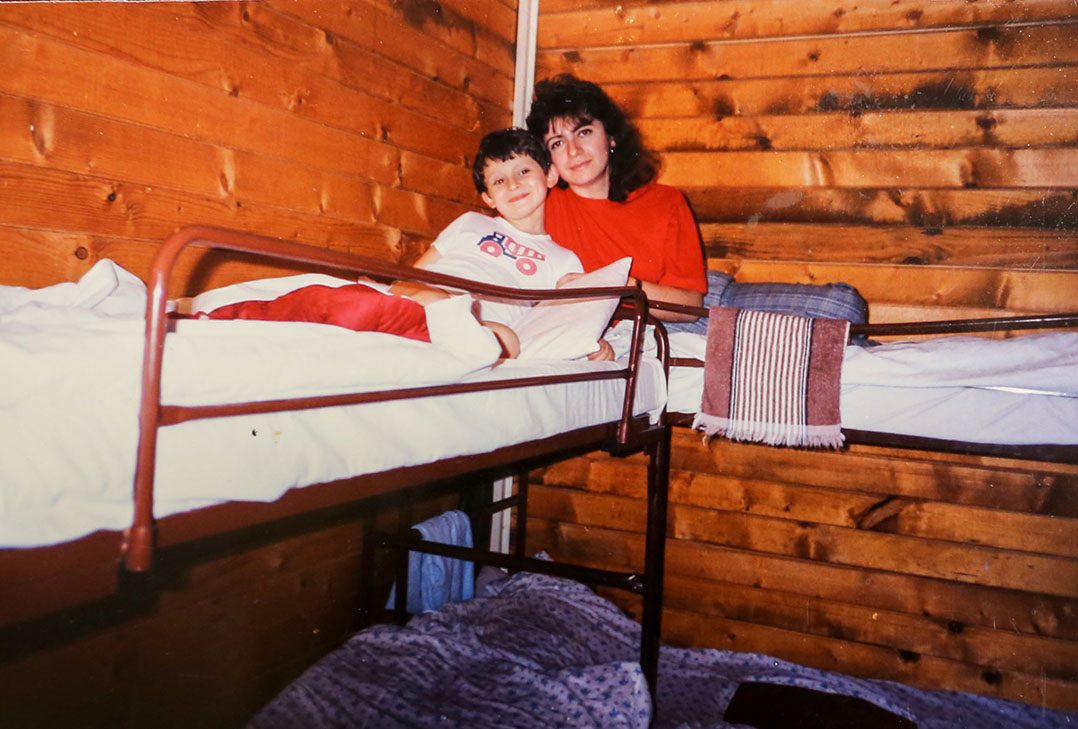 Inna Pecar and her son, Eugene, rest on the top bunk of a bed in an Italian refugee camp.

One of Inna’s recent placements is among her most memorable.

In late 2019, she began looking for a home for a 5-week old baby named Elena, who was born with a rare genetic disorder called Stüve-Wiedemann syndrome. The disease leads to difficulty regulating body temperature, bowed bones and breathing difficulties. Many babies with the disease die before their first birthday, although some have lived into adulthood.

At the same time, Lori Troyer and her husband, Keith, felt called to adopt a baby with Down syndrome. The Amish couple from Shipshewana were already parents to four biological children. At first, they were hesitant to adopt a newborn with such a rare, life-threatening disorder, but after encountering Elena’s story multiple times, they changed their minds.

The Troyers adopted Elena when she was 9 weeks old and have spent the last several months learning to care for her unique needs. There have been many sleepless nights and health scares, but the Troyers know they made the right decision, as Lori said she would adopt another baby with Stüve-Wiedemann syndrome in a heartbeat.

By adopting Elena, the Troyers gained an extended family of sorts, too. They’ve remained in touch with Elena’s birth parents, who are Roma, also known as Gypsies. The families discovered they have much in common, such as having large families, cooking many of their own meals and the women wearing dresses or long skirts, Lori said.

Lori is thankful Elena can grow up experiencing love and support from both families, an arrangement not feasible with most adoptions.

“There’s nothing weird about it,” she said. “We’re like one big family for her.”

Pecar said she talked to approximately 60 families before finding the right fit for Elena.

“This is a clear example of how good it feels when you find the right match,” she said.

KidsFirst Adoption Services founder Inna Pecar knows that adoption isn’t for everyone, but her agency offers a program to give families curious about the process a taste of what it’s like.

During the 2019 holiday season, several Hoosier families hosted orphans from Ukraine. The agency received a wave of positive feedback from the host families and orphans and plans to organize additional hosting opportunities in the future.

The program can help the agency and prospective families know if an international adoption might be a good fit for everyone involved.

“We know there are so many families who would like to grow their family through adoption, but we don’t want just to place (children),” Pecar said. “We want to make sure it is (the right family) in every aspect.”

Anyone interested in becoming a host family can call KidsFirst at 317-843-2300. Learn more about the agency at kidsfirstadoption.com.