You are at:Home»Current in Fishers»Fishers Community»Fifty Club of Fishers seeks members

Jonathan Hardy knew the Fifty Club of Fishers was something he wanted to be involved with as soon as he learned of it.

“We provide $50,000 of life insurance to police and firefighters if they get killed on duty. That’s our main thrust,” said Hardy, a club board member. 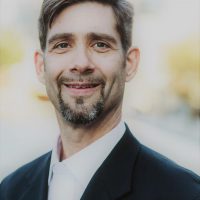 Hardy said when Harlej, a Fishers Police Dept. K-9, was fatally shot in 2019, the club made a donation to help out.

“There are a couple of police officers and firefighters who have had an accident and been incapacitated for a while and we have helped them as well,” Hardy said. “But our primary goal is to provide death benefits for a police or firefighter who dies in the line of duty.”

There is an initial donation of $1,000 for charter membership. Annual membership dues are $250. There are two membership drives each year, one each in the spring and fall.

Hardy is an at-large member of the board. Anthony Gutwein is the board president. Klynt Brummett is vice president and Elliott Somers is secretary.

Amidst the coronavirus pandemic, Hardy said the fall date and format for the membership drive has not been set.

For more or to join, visit fiftyoffishers.com.