Laird always envisioned himself being a police officer. 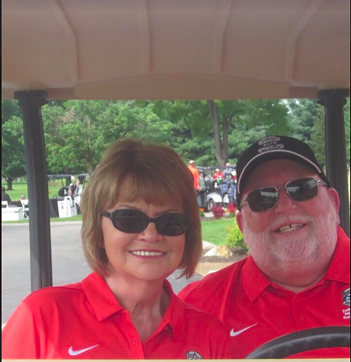 “He never lost his passion for that dream and realized that goal after serving 10 years in the Marines,” his mother Debbie Laird said.

An Indianapolis Police Dept. officer for four years, Laird was killed Aug. 18, 2004, when he and other officers responded to 911 reports of gunfire on the southside of Indianapolis. Laird, 31, was fatally wounded when a bullet hit him high in the chest above his protective vest.

The fund has raised approximately $1 million for police departments in Indiana.

“He would be so happy to know Mike and I have been able to help his brothers and sisters in blue,” Debbie said. “For us, this golf outing and the money we raise has enabled us to keep his memory alive. The mission of the fund is to provide financial contributions to law and fire department agencies for the purchase of new equipment, the institution of new instructional programs or financial assistance to officers and firefighters injured in the line of duty or incurring hardships.”

Although raising money is the primary objective, it is not the only one.

“Another goal that is almost equally important is for everyone in attendance to be able to relax and enjoy themselves on the golf course,” Debbie said. “This has been a difficult year for many people, but this will be a day when all police officers and the community can enjoy time spent together for a good cause.”

Debbie is optimistic about attendance this year.

“Many of the players in this outing have supported Jake’s Foundation by playing in our golf outing for many years,” she said. “Last year, we had 82 teams of four play in the event, and we are on target for that number again this year. We are also fortunate that despite the effect COVID-19 has had on so many businesses, every sponsor we have had in the last few years has returned again to support us.”

Registration begins at 8:30 a.m. with opening ceremonies at 10:30 a.m. BMO Harris Bank will provide lunch and Jugs Catering will provide dinner. A large auction and raffle, known for its one-of-a-kind items, will be held during dinner. For more, visit thejakelairdmemorialtourney.org.