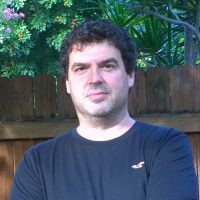 “So, I thought I’ve always loved the film ‘Jaws,’ and I’ve always been a Cincinnati Reds fan,” Kelly said.

Kelly, who goes by DiVitto Kelly as an author, got an idea while watching YouTube clips of the Reds’ 1975 World Series victory against Boston.

Kelly came up with a way to include those two loves in his book, “Summer of the Shark,” which was published by World Castle Publishing and released in June.

Ryan Sullivan, a 12-year-old from the fictional town of Madison Hill, Ohio, spends the summer of 1974 with his grandfather at Martha’s Vineyard. They attend Red Sox games and were hired as extras for the movie “Jaws” as it’s being filmed there.

The next year, he and his grandfather share their love of baseball during the World Series, and “Jaws” makes its debut. 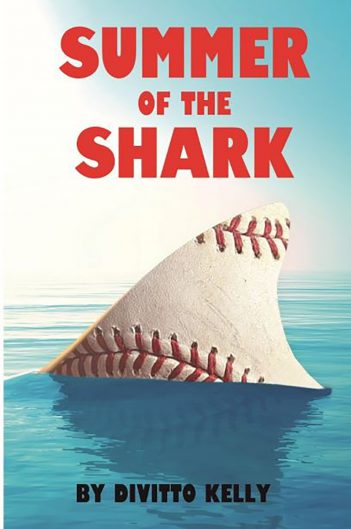 “It was a lot of fun writing this story because it was bringing back memories of living in Cincinnati,” said Kelly, who grew up in Cincinnati before moving to Florida at age 13. “It’s a coming-of-age, young-adult story. By near the end of the story, he’s 13 and meets a girl who is a Reds fan. As an adult, he recounts that 1975 was his favorite year.”

Kelly researched the games and the making of “Jaws” to make the book historically accurate.

He previously wrote “Globster,” which was released in December 2019 by World Castle.

“The publisher is pushing it to be made into a movie,” Kelly said. “It’s horror mixed with a little humor.”

A librarian, Kelly is a papier-mache artist and plays bass guitar. He became more interested in writing while serving as editor of the Seminole Tribe of Florida newspaper.

The book is available on Amazon.com