You are at:Home»Lifestyle»Travel»Column: Exploring the tombs of Saladin 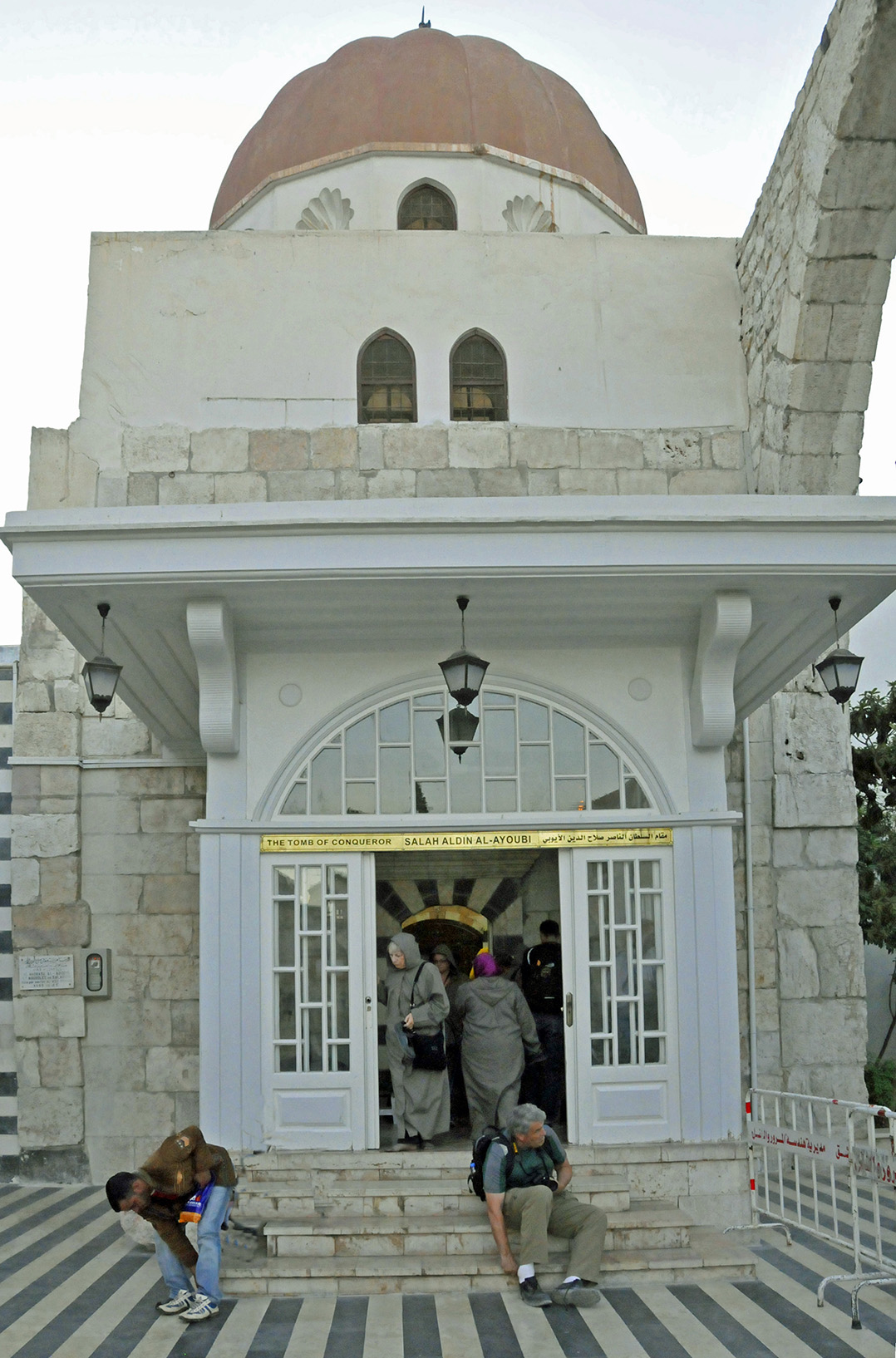 Muslims regard Saladin as one of the greatest military leaders of all time. His mausoleum in Damascus, Syria, contains two sarcophagi but only one body.

Saladin, whose full Arabic name was An-Nasir Salah ad-Din Yusuf ibn Ayyub, was born to Kurdish parents in 1137. After helping resist a Crusader attack on Egypt, he became the vizier of Egypt. He then gained control of Syria, becoming the first sultan of Egypt and Syria. In 1187, Muslim forces under Saladin annihilated a Crusader army near the Sea of Galilee during the Battle of Hattin, gaining control of most of the Crusader Kingdom of Jerusalem, including the City of Jerusalem. This defeat precipitated the Third Crusade, financed by the so-called “Saladin tithe” and led by Richard the Lionheart of England. King Richard was successful in recapturing lands along the Mediterranean coast but was unable to retake Jerusalem. In 1192, Richard and Saladin, who was considered honorable even by his enemies, entered into a truce agreement that allowed Christian pilgrims to visit Jerusalem.

Saladin died in Damascus in 1193, after having reportedly given away so much of his wealth to his subjects that there was nothing left to pay for a funeral. His son constructed a modest mausoleum for Saladin at the northwest corner of the Great Mosque of Damascus. Saladin’s body was buried beneath a wooden sarcophagus covered in green cloth. In 1898, Kaiser Wilhelm II, who was seeking a better relationship with the Ottoman Empire that controlled Syria, visited Damascus and sent a carved marble sarcophagus that he thought better suited so important a leader as Saladin. Authorities placed Wilhelm’s sarcophagus inside the mausoleum but left the remains of Saladin in peace. Visitors enter Saladin’s mausoleum under the English words “Tomb of Conqueror.” Only ruins remain of the Islamic school (madrassa) that once stood beside it.