You are at:Home»Current in Fishers»Fishers Cover Stories»Driving forward: Construction to shift at 126th Street and Ind. 37 interchange; project over budget

Construction on Ind. 37 through Fishers is moving at more of a marathon pace than a sprint as the City of Fishers gradually works to complete the project.

A few months ago, the project seemed to be gravitating toward a higher budget than originally anticipated. A solution was to construct a right-in, right-out intersection at 141st Street in which traffic coud only turn right onto 141st Street when southbound on Ind. 37, or turn right on Ind. 37 when eastbound on 141st Street. But City of Fishers Director of Engineering Jason Taylor said that option isn’t being considered any longer.

“Whenever you are going through the design of a project, especially one of this size, you start looking at alternative solutions,” Taylor said. “We even do that prior to a project to see if there are more cost-effective solutions with the same result.”

After consulting with business owners and studying the project further, city officials decided against a right-in, right-out interchange at 141st Street and is constructing a full interchange instead.

“We are seeing we are not going to be on the original budget that we thought five years ago,” Taylor said. “Some of the reasons we are over budget would be Hamilton County is a growing county in which property values are increasing pretty drastically. Fishers is one of those communities within the county in which property values have been skyrocketing, and right-of-way purchasing has been a major impact to the budget.

“We have been working diligently to reduce those right-of-way impacts, but with all the interchanges, it’s difficult to do.”

Utility reimbursement has been another source of budget strain.

“When (the Indiana Dept. of Transportation) purchased the right of way for this corridor many years ago, there were a couple of utility easements already there, and they left those in place. We weren’t aware of that, so we didn’t budget for those numbers, so therefore we have to reimburse those utilities.”

Now, the new cost of the project is $166 million. Any additional overrun costs will be shared between the county and the city. The county will maintain jurisdiction over 146th Street, and the City of Fishers will maintain the intersections at 141st Street, 135th Street, 131st Street and 126th Street. 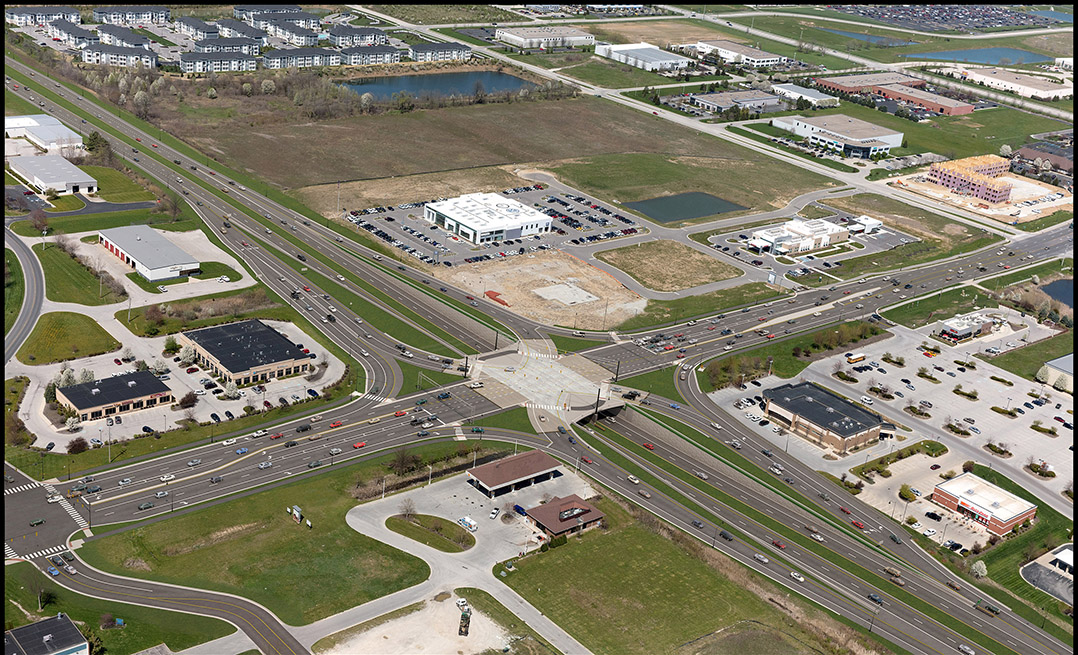 The proposed intersection at Ind. 37 and 146th Street. 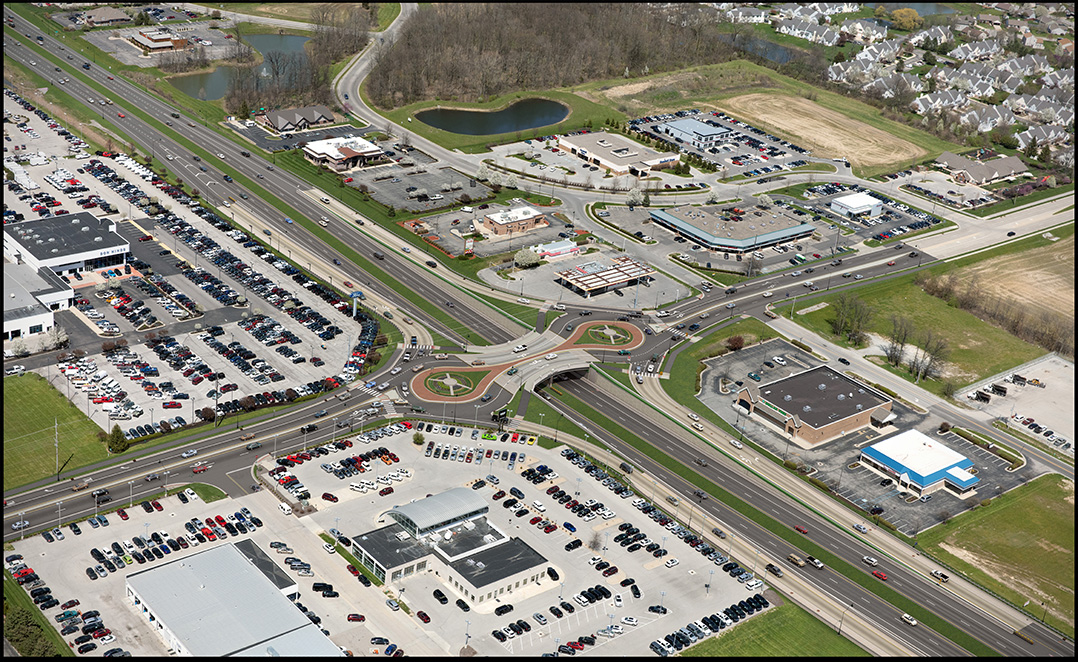 The proposed intersection at Ind. 37 and 126th Street. (Submitted renderings)

The 126th Street intersection is under construction and will soon shift phases. Construction is underway on the west side of the road but will shift to the east side next month. Ind. 37 will remain four lanes in each direction. The closure will simply shift from allowing right-in, right-out traffic on the east side to allowing right-in, right-out traffic to the west side. Currently, motorists cannot access Ind. 37 when driving eastbound on Ind. 37, and they cannot turn right on 126th Street when driving south on Ind. 37.

Although the Ind. 37 construction costs have risen by more than $40 million of the origianl estimate, City of Fishers Director of Engineering Jason Taylor said the numbers could come down dramatically.

“We are still working through the utility reimbursement numbers, and those are included in the $166 million. They are plug-in conservative numbers, so those also could come down drastically,” Taylor said.

Although the project is over budget, Taylor said there can be a positive outlook.

“Whenever people hear (a project is) over budget, they’re going to say, ‘What have they done?’’ Taylor said. “We are currently working with (the Indiana Dept. of Transportation) on construction inspections, so they are preforming the inspection. We are still working with them to continue that process through the entire project. That construction inspection budget number will likely drop out, but we don’t want to assume that and then need it if INDOT’s resources are needed elsewhere. We have been very creative in reducing costs along the way. We were able to, on the drainage line, have over a million dollars in savings in utility reimbursements by working with the utility and county surveyor to ensure we come to a solution so they don’t have to relocate.

“We are always looking at cost-savings numbers. They don’t always go up during construction. They can actually come down as well.”