You are at:Home»Current in Geist»Geist Cover Stories»Reopening the winery: Daniel’s Vineyard to welcome public back July 4

After being closed for two years because of noise complaints, Daniel’s Vineyard will reopen to the public July 4.

The winery and vineyard opened in April 2017 but closed to the public in November 2018 after several neighbors complained of noise from concerts performed on the winery’s property. It remained open to private events such as weddings but stopped hosting those, too, during the COVID-19 pandemic.

But on July 4, the winery will fully reopen. 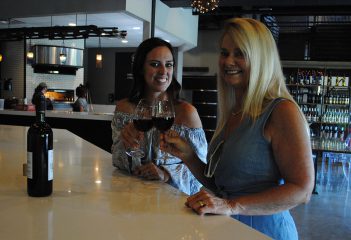 “We are reopening, and we are going to have music,” owner Kim Cook said. “I don’t know that we will have concerts, so that will be revisited at a later date, but we will have the duos and live music.”

The winery is reopening under the theme “No Ruff Days,” in honor of the release of its canned watermelon rose wine of the same name.

“Obviously, when we closed (to the public), it was very hard,” General Manager Jessica Pontius said. “We have always been driven by the community since the beginning, and I’ve been saying just recently, the outpouring of support and people needing somewhere they can relax and really feel comfortable and enjoy the property, we’ve had a lot of people reach out and express how much they miss us and we miss them even more.

“This really has driven us to say we still have the battles we are going to face with the music and going down that road, but it’s about having people here and enjoying it and having a seriously fun summer.”

Cook said when the winery reopens, it will follow the Town of McCordsville’s noise ordinance.

“We will comply with the rules that have been put upon us,” she said. “We have a decibel rating that we have to comply under, and that’s what we are going to do.”

One of Cook’s daughters, Carlee Farrell, said the winery recently conducted a decibel test with event music and it fell well within the limits. Farrell also serves as the cellar club manager.

“It is a different vibe, live music on a stage versus a duet on a patio,” Farrell said. “You can hear it but it’s not the same.”

Cook said public support during the COVID-19 pandemic was especially strong, which strongly influenced the decision to fully reopen to public. Winery staff sold and delivered wine to customers during the pandemic.

“We had a really great response when we went to a delivery service during COVID and people were still supporting us,” Pontius said. “We said this as something that we miss. We miss the community just as much as they miss the opportunity to come here. It’s such a beautiful property. We have so much outdoor space. We know it’s going to be that safe haven for people who want somewhere to go.” 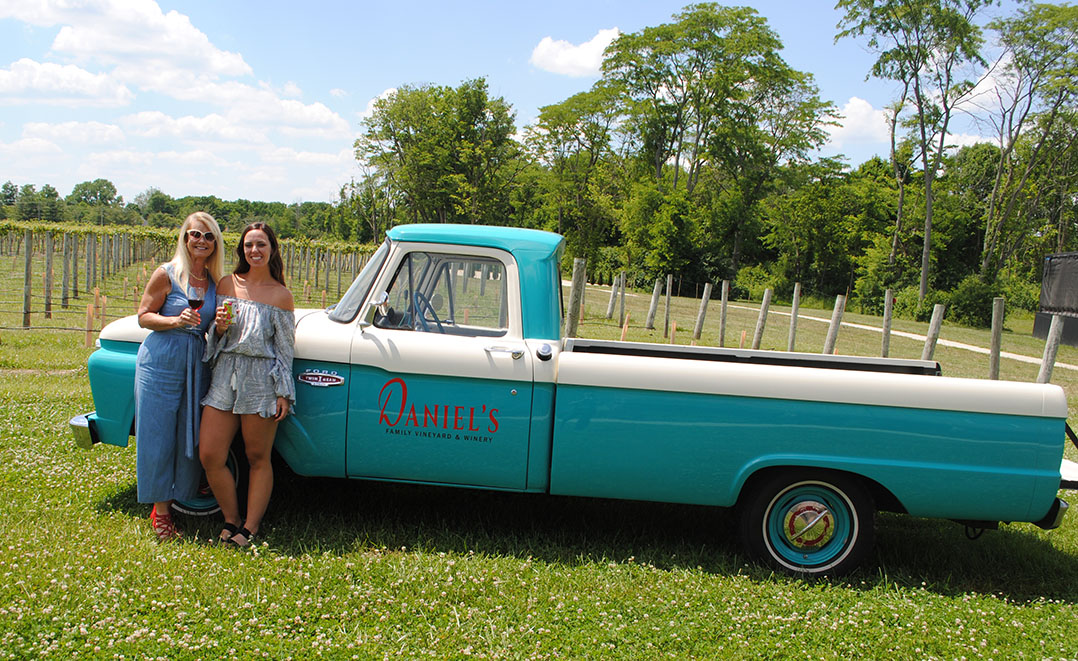 Kim Cook, left, and Carlee Farrell pause in the vineyard at Daniel’s Vineyard in McCordsville.

In addition to its McCordsville winery and vineyard, Daniel’s Vineyard also has a traveling wine truck.

“We have a mobile wine truck that can be hosted around the community and in neighborhoods,” General Manager Jessica Pontius said. “It brings a little part of Daniel’s Vineyard to your doorstep.”

For information about wine truck service, email events@danielsvineyard.com. If someone wants to book the truck on a specific date, they must pay $150 that goes directly into a gift card for the person to use at the wine truck. Otherwise, they can book the truck free-of-charge and be placed on a schedule organized by the vineyard. Wines sold from the truck are priced similarly to those in the winery’s tasting room.