You are at:Home»Current in Westfield»Westfield Cover Stories»Leaving a legacy: Jeff Mikesell retires from Westfield Fire Dept.

Someone from the Mikesell family has been a member of the Westfield Fire Dept. for nearly a century, a legacy that ended May 1 when Jeff Mikesell retired.

Mikesell said he aspired to be a firefighter since childhood, when his father was a firefighter with WFD. But the family’s firefighting service extends further than Mikesell’s father.

“My great uncle was Bob Mikesell, and he was the first paid fire chief at Westfield,” Mikesell said. “He was hired in 1960 as full time, and he started as a volunteer at the age of 16, and that was in 1934. My grandpa, Harold Mikesell, was a volunteer, and he started at the age of 18, and then they both went to World War II, and then they both came back.

“They were probably gone a couple years and then came back to volunteer at Westfield.”

Mikesell, 56, joined WFD as a volunteer in 1982. He started full time in 1994. He said he wanted to be a firefighter because of his family’s involvement.

“Ever since I was 3 or 4 years old, we always hung out at the firehouse because we lived in town,” he said. “We lived down the street from the firehouse. We always had Christmas parties there and Santa Claus was there for the kids. We used to just go up there and hang out. They had a pool table there, so we played pool.”

Mikesell also remembers playing on the firetrucks when he was younger.

“Back then, when I got a little bit older, maybe 9 or 10, we were able to go into the trucks and go on fire runs,” Mikesell said. “We would jump in the truck with Dad and Grandpa and actually would go on fire runs.”

Mikesell was born in Westfield and graduated from Westfield High School in 1982. In retirement, he plans to ride his Harley-Davidson motorcycle, travel and operate his mowing service, Mikesell Mowing, which he has owned since 1978. 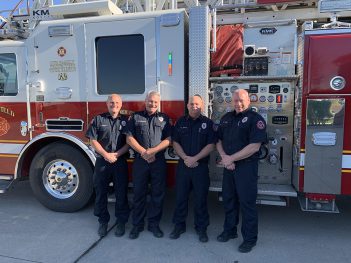 “I’ll probably keep mowing, and I like to ride motorcycles, so I plan to just go on various trips with that,” he said.

The thing he’ll miss about firefighting is the camaraderie.

“Working with all the guys is what I’ll miss the most,” he said. “

Mikesell, who drove the ladder truck at Station 81, lives nearby and plans to stay in touch and visit the fire station.

“Being there so long, I worked with everybody,” he said. “Everybody is considered my good friend there. All the guys, we’re all brothers. We work there 24 hours and are off 48, so I just became friends with quite a few guys and still am to this day.” 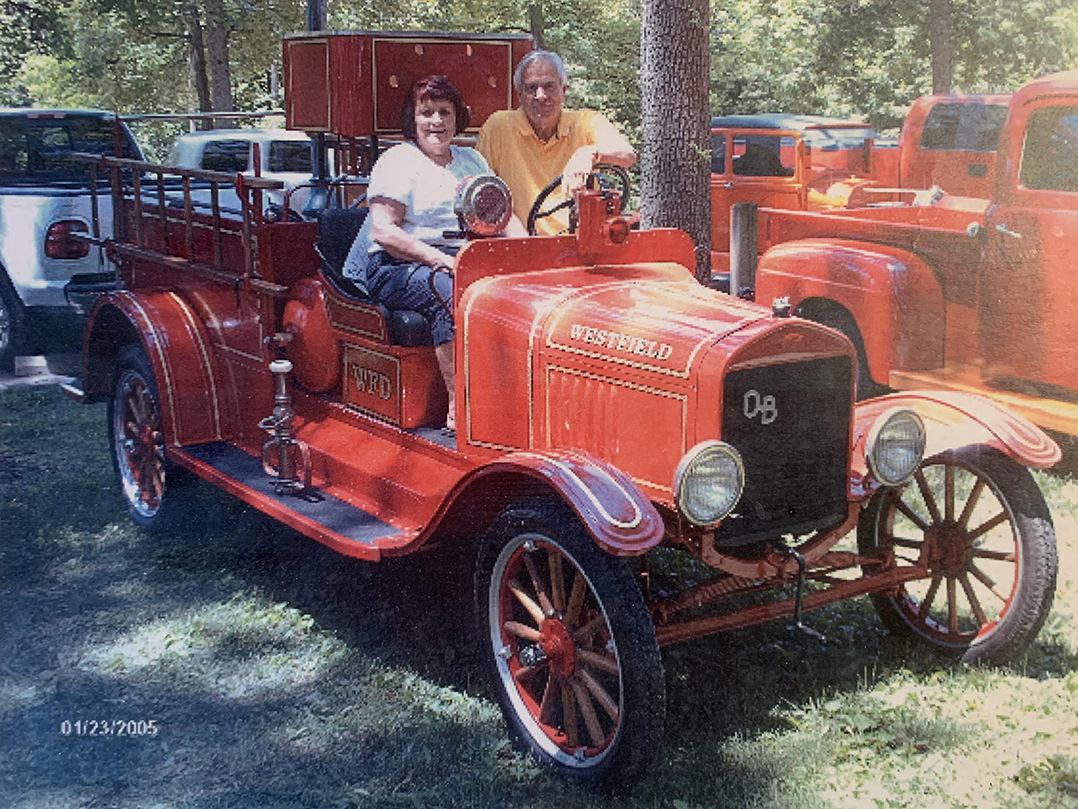 A piece of history

In 1923, the Westfield Fire Dept. purchased its first motorized firetruck. After being decommissioned, the truck was displayed at Acorn Farms on Oak Road.

“They had a place there for kids to go in the summertime, and they had this for amusement,” firefighter Jeff Mikesell said. “They would sit it out in the field, and the kids play on it. In the early ‘70s, Acorn Farms was going to take it to the junkyard because they wanted to get rid of it, so my dad and a couple guys got the Model T and Dad rebuilt it.”

“(Dad) used to take it to all the car shows and city functions. He passed away about five to six years ago, so I have it stored in a barn in north Westfield,” Mikesell said.