You are at:Home»Current in Westfield»Westfield Business Local»GoFundMe raises $20K for local watering hole

The Mill Tavern co-owner Chris Weiler is quick to admit that although he and his wife Kristin operate the bar and restaurant, the place belongs to the Westfield residents who frequent it.

The Mill Tavern was the subject of a recent GoFundMe campaign, launched by one of the employees, which raised more than $20,000. 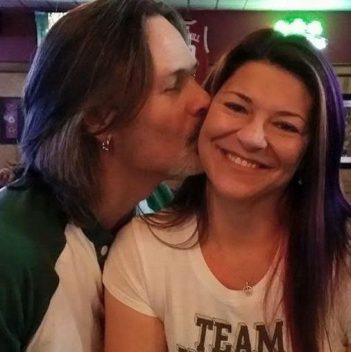 Chris and Kristin Weiler are co-owners of The Mill Tavern in Westfield. (Submitted photo)

The Zionsville resident said the campaign saved the tavern.

“It saved us, it really did,” Weiler said. “I sat down yesterday and wrote a bunch of checks we would not have been able to write if these folks hadn’t bailed us out.”

“We still have people asking us ‘can we donate to it?’ and we have encouraged those people to look into other places like another restaurant that might need some help,” Weiler said. “We also are pushing Open Doors in Washington Township, because we do a fundraising campaign over the holidays and that money goes to Open Doors of Washington Township.”

Weiler said he and Kristin were informed prior to St. Patrick’s Day, which is the tavern’s busiest day of the year, that they had to go to carry out only.

“We did that for a week and on the 23rd or 24th of March, we made the decision to shut down entirely,” Weiler said. “Doing to-go only without any alcohol sales or anything like that just didn’t make any kind of economic sense.”

The Mill Tavern applied for the Paycheck Protection Program funding but didn’t receive any money the first go around. The Weilers then spent $30,000 of their own money to pay bills and employees.

When an employee brought up the idea of the GoFundMe, Weiler said it felt strange at first.

“You’re in business to do business and not to just take money for nothing, and we had a few back-and-forth discussions about it, and it finally really came down to ‘let’s see what we can do,’” Weiler said.

In addition to the GoFundMe campaign, after switching banks, The Mill Tavern received PPP funding during the second round and is paying its employees with those dollars.

However, despite the recent success in fundraising, Weiler said the tavern isn’t out of danger yet.

“If this (pandemic) goes on further, this may not be enough, but I’ll tell you, it sure was a boost,” he said.

With only approximately 70 seats, the restaurant expects it won’t open until June.

“Right now, for bars that serve food, you can operate starting May 11 at half capacity and pull all the bar seating, so that would leave us with a 35-person capacity,” Weiler said. “The layout of our room and of our kitchen, we are just going to kind of wait and see what happens. We just really feel this is all happening a little bit too soon.”

In July, The Mill will celebrate its 10-year anniversary.

“Having this business in Westfield has been a pleasant surprise for us,” Weiler said. “We made a lot of friends, and I think we have had a positive impact on peoples’ lives. The community is very protective of us. It doesn’t get any more mom-and-pop than just my wife and I. If everybody did this, everything would be fine. Not just about donating money but showing care and concern and propping each other up, and that’s what they did. They didn’t want to see us go down because of this invisible thing, and the generosity is just staggering.

“The Mill belongs to Westfield. We run it, we operate it, but it belongs to them. It’s a place worth saving. It’s more than food and booze.”