Carmel resident Jo Read Trakimas will be remembered for many contributions to the arts world.

Trakimas, 75, died in her sleep April 17 after a battle with metastatic breast cancer. 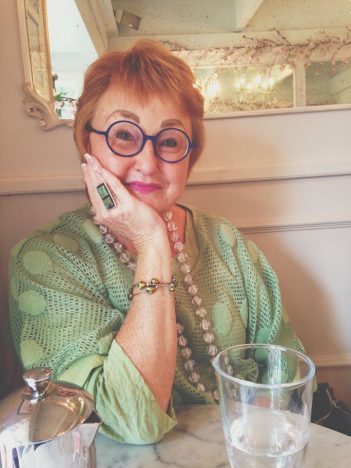 “Jo Read Trakimas is forever woven into the story of arts and culture in central Indiana — through her commitment and contributions on stage and off as a participant, advocate and volunteer and as a beloved teacher, coach, mentor, and friend,” Arts Council of Indianapolis President/CEO Julie Goodman said. “Jo inspired and influenced so many artists who have had a major impact on the growth and vibrancy of Indy’s arts scene and beyond.”

Trakimas was a private voice teacher in Carmel for more than 38 years before retiring.

“She’s was a marvelous lady, very talented and very smart,” Farrell said. “She was very loved. She was a good friend to so many people. She would come to our shows and we would talk afterward. We would meet for coffee. She was very complimentary and also gave good, constructive criticism as well.”

Trakimas grew up in Memphis and Farrell is from Roswell, Ga.

“My mother is a Southern lady, too. I always feel if I had a surrogate mother here in Indiana, she would be it,” he said. “I shared with her personal stories that I didn’t share with many people, especially during difficult times in my life.”

Farrell said when he was in Beef & Boards Dinner Theatre’s “Into the Woods,” he and Trakimas discussed the Stephen Sondheim musical. Trakimas’ son, Ben Wright,” originated the role of Jack in “Into the Woods” on Broadway. Farrell interviewed Trakimas on Facebook Live with Trakimas to share memories from Sondheim.

“I’m just one of many people she touched,” Farrell said.

George, a Carmel resident, said all three children were taught by their mother and were show choir performers. Her brothers were in Carmel High School’s Ambassadors and George was in Accents.

“She was a voice teacher to a lot of the Carmel Ambassadors and Accents and a lot of the community theater people,” George said.

Many of her students went on to successful careers in theater and opera.

“She really instilled in them self-confidence and self-worth,” George said.

Goodman said the Arts Council of Indianapolis is honored to donate its services to help Trakimas’ family with the creation of the Jo Read Trakimas Legacy Arts Fund.

“One-hundred percent of all contributions will directly support emerging artists and/or local arts organizations and theaters in central Indiana that were near and dear to Jo,” Goodman said. “The family will determine the exact focus of the fund in the coming weeks but endowing an annual fellowship grant for an emerging artist in her honor or a series of contributions to local arts organizations are among the options being considered.”

A celebration of her life will be held for friends and family at a later date.