When Noblesville resident Dee Armstrong Crabtree learned about a remarkable family descendant, she knew she had to write a historical fiction book about her. Her novel, “The Remarkable Dorcas Armstrong Holt Buchanan, An American Pioneer,” was released Feb 22.

“I was fascinated with what I learned about her,” said Crabtree, who has written two other novels. “She was the first white woman settler of Mifflin County, Penn. She was a wilderness trader, a tavern mistress and even killed a deer with her bare hands.” 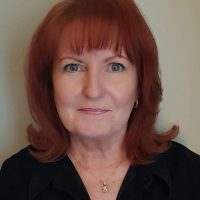 The story portrays life for early settlers in the area.

“She’s essentially living in the middle of nowhere,” Crabtree said. “There were so many stories of native attacks. It’s just remarkable what people had to go through before and during the American Revolution.”

Crabtree the novel to be historically accurate.

“I spent a lot of time researching because I wanted to keep it as historically accurate as possible,” she said. “I wanted to make sure I got the dates of different battles correct but also wanted to make it a story worth reading.”

“I work full time, so it’s been a part-time project,” she said. “I started specific preparations around five years ago, but life gets busy, and there were a couple of years in there where I didn’t do as much as others.”

Crabtree doesn’t have an immediate project on the horizon.

“Since the book just came out, I’m going to take some time to chill out and think about what I want to do next,” she said.

Crabtree studied journalism at Saint Mary of the Woods College and has worked as a freelance writer since 1991.

The book is available through amazon.com for $8.95. For more, visit the Facebook page, The Remarkable Dorcas Armstrong Holt Buchanan.