Jonathan Studdard gets his workout while performing in title role of “The Cat in the Hat.” 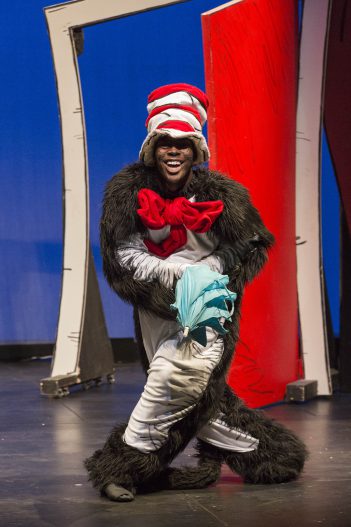 Jonathan Studdard returns in title role of “The Cat in the Hat.” (Photo by Zach Rosing)

The Indianapolis resident is performing in the Civic Theatre production of the musical based on Dr. Seuss’ book for the third consecutive year.

‘It is very active and never stops moving  so it is always nice to get the cardio in. P90Beck is a very real thing,” Studdard said.  “Resident Civic choreographer Anne Beck definitely knows how to get you moving, and I love it.”

Civic presents “The Cat in the Hat” from Feb. 25 to March 5 at The Tarkington at the Center for the Performing Arts in Carmel.

“With the show there are so many fun parts to it. However, one of my favorite parts of the show would be when Thing 1 and Thing 2 enter the scene,” Studdard said. “It is a lot of mischief that happens, and we have so much fun with it.”

This is the second consecutive year the entire cast returns.

“This year in particular we have had a lot of time to focus on the tiny details to make the show really pop and even more magical,” Studdard said. “It has been very nice to discover so many new things even though this is my third year.” 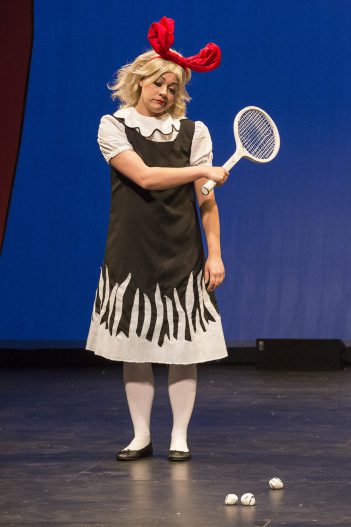 Betsy Norton returns as Sally in “The Cat in the Hat.” (Photo by Zach Rosing)

In addition to “The Cat in the Hat,” the Indianapolis resident has been in three musicals at Civic.

Indianapolis resident Betsy Norton, in her fifth year of the show, plays Sally.

“I feel like it can be very challenging playing a child, they have such different mannerisms and what they find funny can vary,” Norton said. “Not to mention the sheer amount of energy most kids have, it is insane, which is why I’m exhausted after every show.  But it is definitely worth it, I have so much fun doing it.”