Peter Kahlo knows his life story is one worth telling. That’s why the German American wrote an autobiography titled “My American Dream: A boy’s journey from East Germany to America,” which chronicles his years growing up under Hitler’s rule and his move to America.

Kahlo, owner of Kahlo Chrysler Dodge Jeep Ram in Noblesville, is 91 years old and wanted to write down his life story so others and his relatives still living in Germany could know his story. 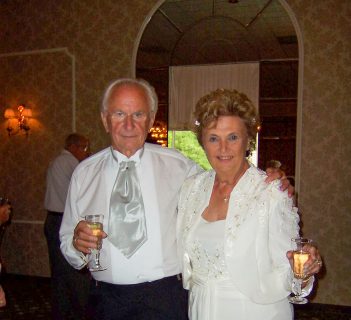 “I had an interesting life. I was born under Hitler and then, later on, the Russians came in there, and I lived under the Russians for about three or four years,” Kahlo said. “It was a very difficult life. You could never open (your) mouth and say anything about it because you didn’t know if they would turn you in or not turn you in.”

“He felt like if he didn’t tell his story, it would end here and people wouldn’t know the history, and all of his grandkids wouldn’t know how he got to where he was,” Wright said.

Kahlo said although the beginning of his life was difficult, he has had a rewarding life.

“Did I have a wonderful life? Yes. Was it very interesting? Yes,” he said.

Kahlo’s uncle died in a concentration camp. Kahlo immigrated to America in 1955 when he was 26 after meeting his future wife, Donna, an American, on an ocean liner.

“I was a steward on an ocean liner, and there was a lady who looked interesting to me,” Kahlo said. “I tried to get a date with her and got married to her and we were married 63 years. It was a fairy tale romance.”

Kahlo’s wife’s family sponsored Kahlo’s immigration to the United States. When he moved to America, he opened a service station in Indianapolis at the intersection of 49th and Pennsylvania streets.

“I ran it for 32 years and had a wonderful business. People came in to have their car serviced because they heard my service was excellent,” Kahlo said.

Kahlo also sold cars at the property until a zoning board forbade it.

“I said, ‘OK, one of these days I’ll buy a piece of property where they can’t chase me anymore,’” he said.

Kahlo did just that by opening Kahlo Jeep Eagle next to Riverview Hospital in Noblesville in 1989. It remained in that location until 2005, when he moved the business to its current location at 9900 Pleasant St.

“When my mom passed away two years ago, the book got put on the back burner,” Wright said. “There were so many other things we had to do, but it was always something I was passionate about for him because I knew he wanted it done.”

“Americans really don’t know what America is all about,” Kahlo said. “They grow up here in this country and enjoy what it is, but when it comes to what America stands for, for the freedom we enjoy here, they have no idea.”