“The way I look at it, the Royal Philharmonic Orchestra gets stuck with people like Sting they have to play with (and the) Zionsville High School band gets me. That’s so way better,” Cavanagh said.

Cavanagh will perform an evening of comedy and music at 7 p.m. Jan. 24 at the STAR Bank Performing Arts Center in Zionsville. 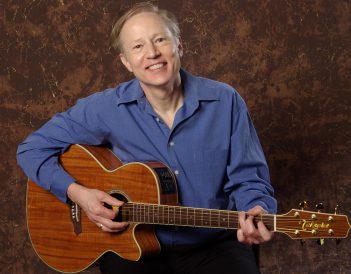 “He thought it would be fun if the jazz band could join me for a couple of songs,” Cavanagh said. “Then the faculty jazz band decided they wanted to be part of it. It’s going to be a night of comedy, laughs and me being able to sing some of my songs with some great young and great old musicians, musicians of all stripes. It’s a fun way to raise money for arts education in schools.”

“I’ve never performed at the STAR Bank Performing Arts, and it looks like a beautiful.I couldn’t be more excited about it,” said Cavanagh, who lives in the Chicago suburb of Orland Park.

Cavanagh said he performed at Crackers in Indianapolis for several years, with his last appearance approximately three years ago. He has been a frequent guest of “The Bob & Tom Show” for 20-plus years.

“I don’t do any characters or voices. I can barely do my own,” Cavanagh said of his “Bob & Tom” appearances. “I don’t have those kinds of talents. I do sing a lot of funny songs on the show. ‘The “Bob & Tom Show’ has been generous to me and given me time to expose what I do to a large audience.”

“I’ve worked with Kristi a number of times in these live situations, and she’s funny and just a sweetheart,” he said.

Cavanagh also has performed 30 songs on the nationally syndicated “The Dr. Demento Show” and has appeared on Comedy Central.

“I was a high school teacher before going into comedy, so the teaching is something I’m excited about,” Cavanagh said.

He taught religious studies at an all-girls Catholic school in the Chicago suburbs for three years before becoming a full-time comedian. He said he was fortunate to get his start at Zanies, a top Chicago comedy club, in 1979.

“I got lucky. I started at a great club and had great people supporting me,” Cavanagh said. “I didn’t see myself as a comedian. I wrote funny songs. I used to go in folk music clubs. They told me to come back to the next open mic night, but no one ever hired me. I walked into Zanies one night for an audition, and by the following week they were paying me. I told my wife, ‘I think I’m going to be a comedian.’ She said, ‘I’m not sure I like comedians.’ I said, ‘I’m not sure I do, either. But this seems to be where it’s going.’ We haven’t looked back, and we now, of course, love comedians.”

Cavanagh recorded his first album in 1997 and has since made three albums.