Westfield Fire Dept. firefighter/paramedic Brandon Taylor said working holidays is a requirement that takes some getting used to.

While many families get to spend time together during the holidays, some aren’t as fortunate when a loved one is required to work the actual day of a holiday. Taylor, for example, works a 24-hour shift, which starts at 7 a.m., that sometimes requires him to miss special occasions like Christmas morning or Thanksgiving dinner.

However, many of Taylor’s family members are firefighters or paramedics, so he grew up around the schedule.

Because Taylor is a firefighter and his wife, Shelbie, is a nurse, they frequently have unorthodox schedules and change the day they celebrate holidays.

“Our shift is very much a family-type culture. We spend a lot of time together and enjoy it,” Taylor said. “So, for instance, Thanksgiving in years past, our families come in and we all celebrate together and have a big meal. For Christmas, we don’t get each other gifts and sit around a tree, but we’ll probably cook a special meal for dinner and everyone helps cook.”

Sometimes, Taylor said veteran firefighters offer to work for younger colleagues who may have young children at home.

First responders, however, aren’t the only people who often work on holidays. Pharmacists, such as Westfield resident Caitlin O’Dougherty, often works holiday shifts at the CVS Pharmacy at 126th Street and Gray Road in Carmel.

Christmas is the only day of the year CVS Pharmacy closes, but O’Dougherty works Christmas Eve and worked on Thanksgiving. On holidays, her shifts are generally shorter and not as busy.

“Instead of 9 a.m. to 9 p.m. on Thanksgiving, we are open 9 a.m. to 2 p.m., so it is a shorter day, and usually for us, we are not terribly busy as far as the foot traffic in the store,” she said. “We do have all of our prescriptions that autofill to get through, so we stay busy because there’s 12 hours’ worth of work to do in five hours.

“Obviously, we are open because people do still get sick on Thanksgiving and do still need medication, so they have that opportunity to get here.”

Generally, O’Dougherty’s family sees a movie and then eats around 2 p.m. on Thanksgiving.

“Ever since my brother and I were little, my mom would put the turkey in the oven and we would go see a movie, come back and have the turkey midafternoon,” she said. “So, we just postpone that a little bit when I’m working on holidays. This year, we went to the movies at 2:30 p.m. and then had a big meal in the afternoon. You figure out ways to work around it.”

“We knew what we were getting into when we went into this field,” she said. “It’s not that bad.” 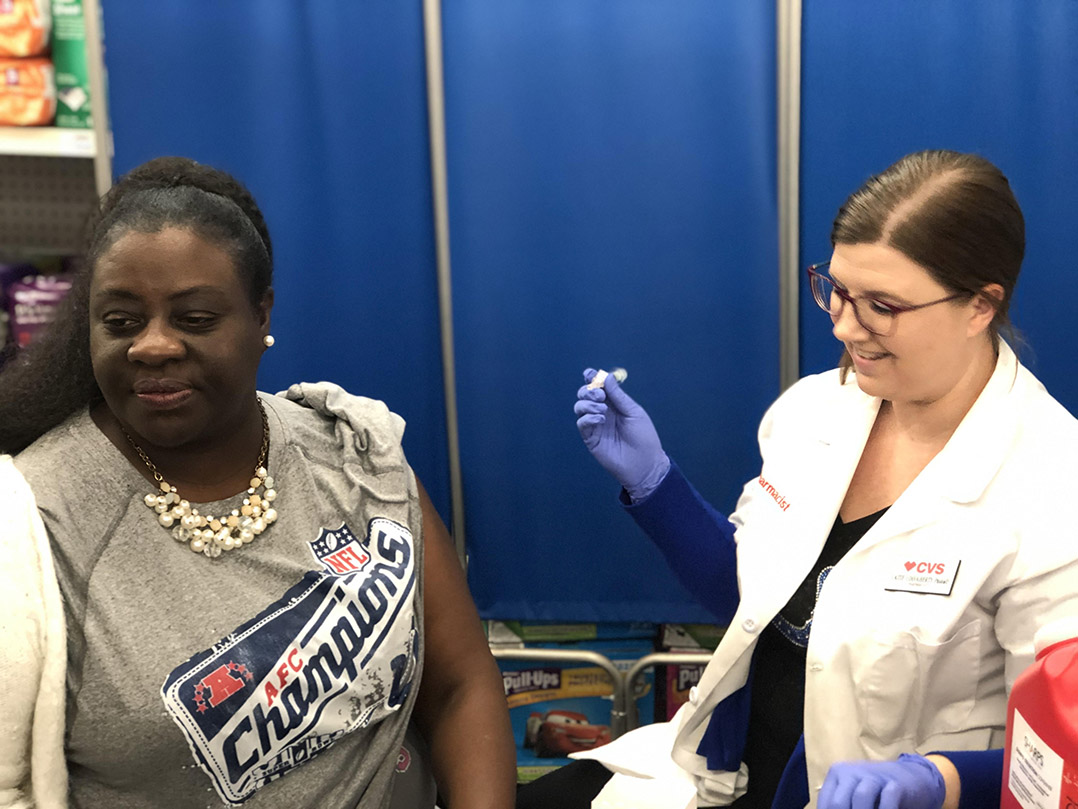 Busy around the holiday season

Firefighter/paramedic Brandon Taylor said holidays aren’t any different than other days during the year when it comes to the fire department’s run load.

“Emergencies happen every day of the year. It’s not a holiday for (emergencies),” he said. “So, there’s not specific types of runs. It is like every other day. The only thing that changes is in the Christmas season there’s more snow and ice (leading to more wrecks).”

For CVS Pharmacy pharmacist Caitlin O’Dougherty, the busiest day of the year is typically the day before Thanksgiving.

“The two days leading up to Thanksgiving and sometimes leading up to Christmas, it is a heavy travel time, so people are going out of town and wait until the last minute (to pick up their prescriptions), and it is one of the most awful days to work in a pharmacy,” she said.

To brighten the pre-holiday rush, O’Dougherty’s store does a Thanksgiving pitch-in the day before Thanksgiving.

“That way we have food there, and it’s a way to lighten the mood and bring the holiday spirit into a day everybody knows will be a little awful,” she said.