You are at:Home»Current in Carmel»Carmel Community»Column: Quick look turns up my biological parents

I remember the day my mom first told me I was adopted. I ignored it. I didn’t care. I was playing football with my friends and thought, “Well I have great parents, and I’m happy here.”

As time went on, I always had a little curiosity about my bloodline and heritage.

I had my biological mom’s name but no way of finding her until the Indiana legislature enacted a law that would allow me get all her contact information. So I did, and it sat on my desk for months. 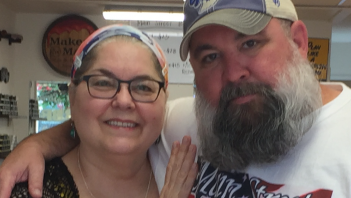 My buddy, Paul Medernach, was sitting in my chair at Main Street Barber Shop, and I simply asked him what he was doing in his retirement. He said he had become a private investigator for Veracity in Carmel, doing intelligence, investigation and research. I asked how difficult it would be and how long it would take to find someone’s whereabouts. Twenty minutes later, Paul had my birth mother’s name and address and the same for my siblings, my grandparents and other relatives.

I waited two weeks until Aug. 30, when I turned 47, and called my biological mom, 47 years to the day of my birth. I asked her if that day meant anything to her and if she had put a son up for adoption. She said yes, and we talked for a bit and decided to meet.

We met at the barbershop, looked at photos, ate lunch and shared a couple beers. Six hours later, I was on my way home. I was surprised how well we connected and how much I had in common with multiple members of her family. The next day, she sent me a photo of my biological dad from his Facebook account, so I checked him out and discovered we shared Facebook friends. That weekend, my wife, Danyil, and I went to where he worked and bellied up to the bar for my next adventure on this quest. 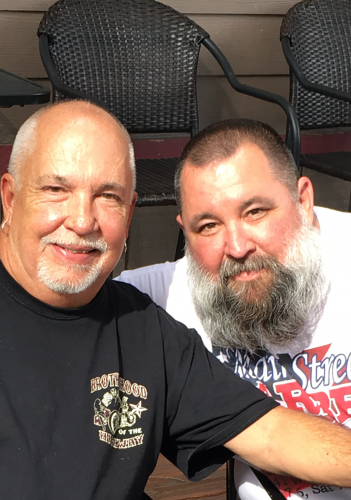 My father looks straight at us and sets up the show: “You look familiar. Do I know you?” I said, “You, too. Do you know (so and so)?” “Nope,” he said. Then I asked if he knew the name of my biological mom, and he said, “Sounds familiar.” I showed him her high school senior picture, and he said, “Yeah, I remember her.”

I said, “Didn’t you two have a son together that you put up for adoption?” I heard the rusty gears in his head start to move and he started to tell me the story. He said he was not part of the pregnancy as a result of 17-year-old kids’ parents getting involved in 1972. His last sentence was: “Hell, I don’t even know what he looks like.” I asked, “Well, do you think he looks like me?” The gears turn faster as it blows over his head and he repeats, “Well, like I said, I never saw him.” I pause for the last shot. I said, “Well, I’m pretty sure he looks like me, who looks a lot like you,” and then I just raised my eyebrows and gave him a smirk.

Then, the big wheel in the gears turns fast as his eyes fill with tears and his body becomes tense and he asks, “Are you my son?” And I said, “Yep, that’s what I’m trying to tell you.” He slowly walked from behind the bar and gave me a big hug. We spent about four hours together that day getting to know each other.

Since then I have talked with both birth parents several times, and we’ve shared meals. I met my twin half-brother and sister, a nephew, my 91-year-old grandmother and still have another brother and other family members to meet.

I write this to share with others who go through this that you can find out all you need to know in about 20 minutes. Truth is, I was leery of all this because I already have a great family and didn’t know what was going to come my way. It could have gone a totally different direction, but so far it has been a happy beginning for me.

If you’re interested in doing the same, connect with the Indiana Dept. of Health (in.gov/isdh) to get started. Then, swing by Veracity to see Paul or his coworkers at 706 Pro-Med Lane, Suite 200A, in Carmel. These are seasoned veterans in the investigation and intelligence community, and they can help you quickly with what you need. I sincerely thank them.

Jason “Hogjaws” Peek is the owner of Main Street Barbershop in Carmel. You may email him at hogjawz@att.net.