MSDLT is the first school system in the nation to install the technology. ASRT detects gunshots in real-time detection of gunshots, thereby reducing response time during active-shooter situations. 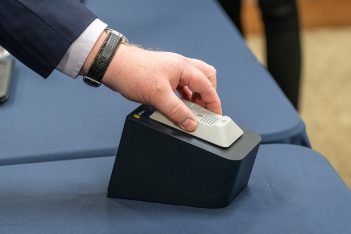 “They brought the technology to the City of Lawrence, and we sat through a pretty impressive presentation and quickly made the decision to bring Bodyworn cameras to our police department,” Collier said. “We then became the poster child, so to speak, and they are now the No. 2 body camera provider to police departments across the nation.”

After its succesful body camera launch, Bodyworn began to study how to reduce response times for active shooters in school systems.

“One of the problems was an active-shooter response average is about 18 minutes, which is incredibly slow,” Collier said. “The reason for that is, the shooter would go in and fire a gun and everybody in the building begins to try to get ahold of 911 dispatch. There isn’t a clear path about where the shooter is at. This technology actually hears the gunshot through an ultrasonic wave, a sound we can’t hear, and it has a very short burst, and within 100 percent accuracy, this technology can detect when a gunshot has gone off. Not only that, but also where the shot was fired.”

“(Gunshot detection) technology has a lot of false-positives, and you can’t have a system if there are false-positives. It’s worthless,” he said. “We are trying to solve the problem of a shooting in the school by providing a response time that’s not 18 minutes, but it’s within two or three or four minutes. This gets installed in hallways and classrooms.”

ASRT technology plugs into an outlet and has a 100-yard range. When a gunshot is detected, an alert is to every classroom that is equipped with ASRT technology. Because all LPD officers use Bodyworn cameras, they are alerted, too. If a gun fires, nearest police officers, command staff, school administrators and other designated personneleceive immediate notification and are alerted to the exact location.

ASRT also can provide information on weapon type and whether the shooter is mobile, among other instant data.

“It is certainly an honor to be a part of something that is going to be innovative and certainly protect our children and our community at the highest level,” Smith said. 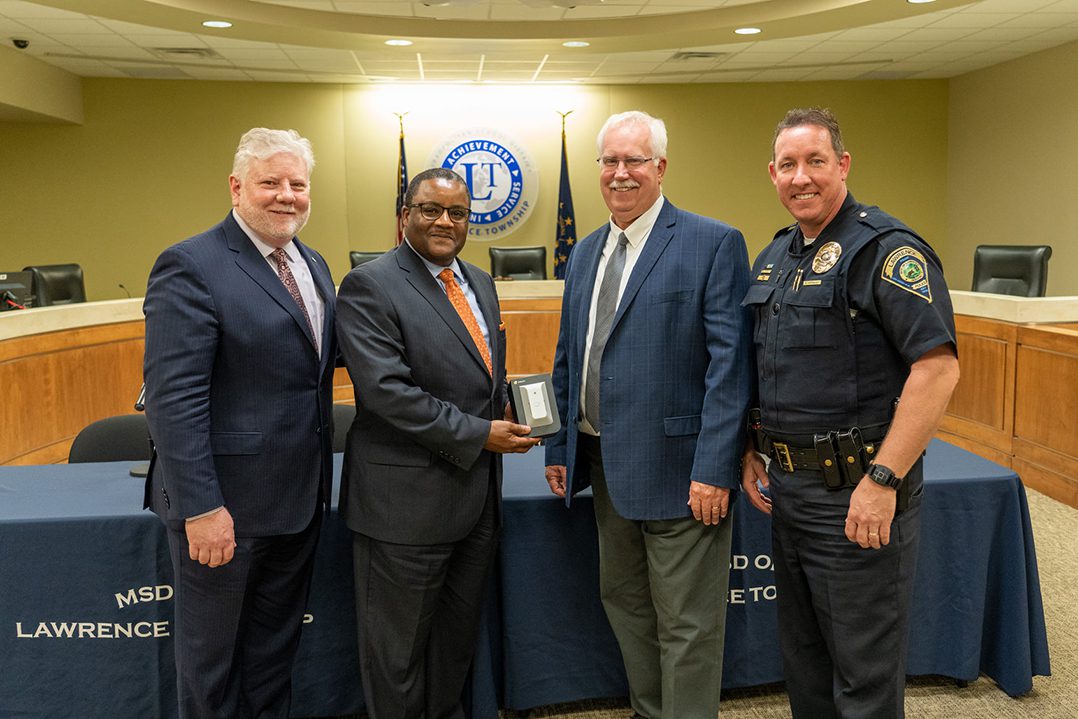 ASRT will be beta tested at Lawrence Central and Lawrence North high schools beginning next month and will likely be installed in all district schools after the first quarter of 2020.

The City of Lawrence is providing the techology at no cost to the schools.

“The city is a fortunate provider of the technology through the schools, and it’s Bodyworn’s way of saying thanks for taking a risk on them,” Collier said.

Schools do have to ensure school resource officers have a Bodyworn body camera if they are not LPD employees. The vest technology is $400 to $500.