You are at:Home»Current in Fishers»Fishers Community»Democrats DeLong, Vare win on Fishers City Council

Democrats Sam DeLong and Jocelyn Vare edged out their opponents to be elected to Fishers City Council Northcentral District and at-large, respectively.

DeLong, who battled incumbent Eric Moeller in the race, won by nearly 3 percent of the vote. Vare, an at-large candidate among four total candidates and the only Democrat candidate, placed third, edging out incumbent Republican Rich Block.

“It’s a major change for Hamilton County when you consider for years, the county always voted pretty much Republican,” Weingarten said. “Here and now, we have three (Miles Nelson in Carmel, Jocelyn Vare and Sam DeLong in Fishers) people who have won in the city elections.”

Weingarten attributes the change to new residents moving into the county.

“The change in the county, I feel, has a lot to do with the massive population growth and the highly educated people moving in, so they’re more willing to ask questions and investigate before they vote, and that’s part of the reason we are seeing this large switch over where our candidates are promising, when they are on the council, they will be voice of transparency,” he said. “Councils will not be able to do what they’ve done in the past where they have all of sudden announced programs or developments with no public input.”

Vare and DeLong have not yet returned requests for comment.

Preliminary final results for the opposed districts are as follows: 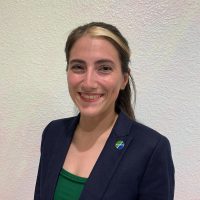 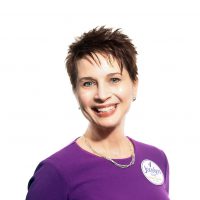