Carl Bordenkecher said four boys who lived on his block enlisted in the military during World War II. It inspired him to do the same. Three of those neighbors never returned home.

“Everybody that was able wanted to go into service, including the women,” said Bordenkecher, a 92-year-old Lawrence resident said who was a radio operator in the U.S. Navy. “Because at that time, anybody from age 21 to 24 had to go into the (military) if they were physically capable. They were drafted.”
Bordenkecher wasn’t quite old enough to be drafted, but he convinced his parents to sign enlistment papers. Choosing the Navy was easy for him.

“I had always wanted to be on the water, anyway, and so that’s why I wanted to go to the Navy,” he said. 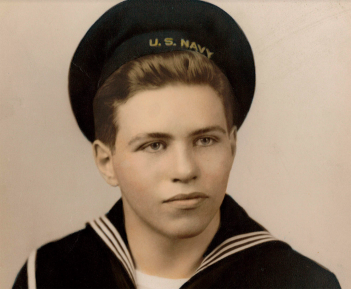 Bordenkecher has vivid memories of his service, specifically when the Saratoga was hit by a kamikaze in February 1945. The carrier had to be towed back to the United States for repairs. He also recalls steaming through a typhoon that lasted nearly two days.

“We were on board at sea in the South Pacific Ocean, and I began to wonder if this great big ship I was on was capable of making it through the typhoon. It was something else,” Bordenkecher said. “We were going from one side to the other side, to the other side again.”

Bordenkecher said in the hanger deck, where planes were repaired, plane parts broke loose and caused a “terrible racket that went on for some time.”

“That was the only time I ever used a hammock, because if you tried to sleep (in a bed), your head would go back and forth,” Bordenkecher said. “It was pretty nasty. Everybody in the Navy has a hammock, but they hardly ever use it. I used it that night.”

Upon returning home, Bordenkecker married Mary Jo, and they had four daughters and two sons together.
“I tried to get the boys to go to the military, but they we were in that age where they had long hair and they just didn’t want to go,” Bordenkecher said. “Now, both of them have some deep regrets about not going when they had an opportunity.

“I’m just glad I did what I did and it was OK with my folks that I went to the service.”

Bordenkecher does not consider himself a hero. He hails the troops who stormed the beaches of Normandy as the real heroes.

“I still have that opinion,” he said. “It took a special person to do that. They’re the heroes right there.” 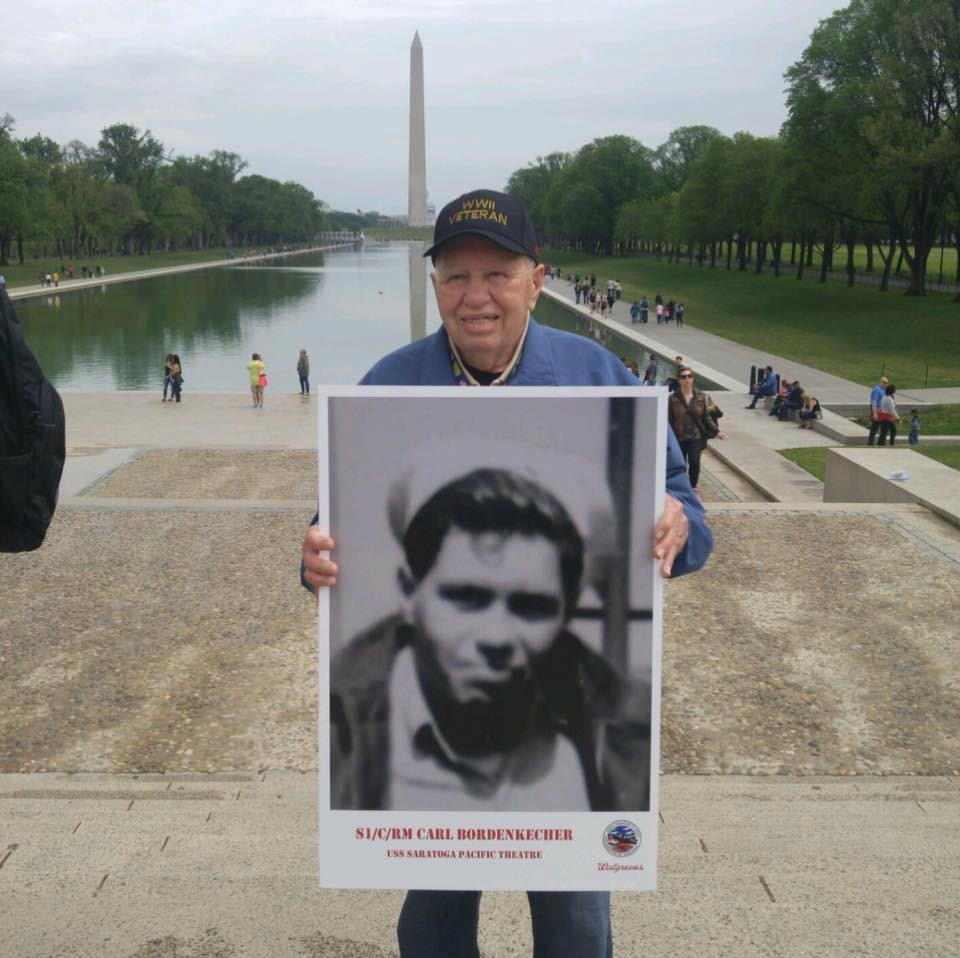 Carl Bordenkecher traveled to Washington, D.C., in 2016 as a part of Indy Honor Flight. (Submitted photo)

“I think they do a real nice job on Veterans Day, and I don’t think anything more is needed,” he said.

Bordenkecher’s Veterans Day plan is to relax and enjoy the day. In addition to celebrating the Nov. 11 national holiday, he participates in year-round Navy events. He participated in a flag-raising ceremony Oct. 11 at the Lawrence Government Center to honor the 244th anniversary of the U.S. Navy. He also participated in an Indy Honor Flight in 2016. Indy Honor Flight transports veterans to Washington, D.C., in order for them to visit memorials that honor veterans’ sacrifices.